A protest by a group of Waterford Crystal workers at the Dublin headquarters of accountancy firm Deloitte has ended.

The 14 workers travelled up by train from Waterford this morning, and occupied the lobby of the Deloitte building for two hours.

Deloitte is the company which was appointed by the High Court in early January to handle the receivership of Waterford Crystal.

Afterwards the workers said they had voiced their strong feelings about the way the firm had handled the receivership, particularly the way 480 workers were abruply sacked last Friday.

Gardaí were called in earlier to remove a group.

'The demonstration will bring to the attention of those 1,100 people who work for Deloitte in Ireland the poor manner in which David Carson and their company have handled the situation in Waterford Crystal since last Friday', Mr Cullen said.

'The sit in at Waterford was a direct result of David Carson's action in closing the plant with no discussion, no contact or no respect for the working people.'

Earlier, designer John Rocha said he was very saddened by the situation at Waterford Crystal.

Speaking on RTÉ Morning Ireland he said he had recently finished a prototype for a new design, which was intended to be launched later this year and produced in 2010.

Mr Rocha said he had made a few requests to speak with the company's receiver but had been unsuccessful. He said this was quite upsetting.

Mr Rocha, who has been working with the company since 1995, said he believed Waterford ‘absolutely’ had a future as it was a very well recognised brand internationally.

He said what was happening therefore was ‘a sin.’

Separately, a 'Save Waterford Crystal' campaign has been started on the social networking site, Facebook. 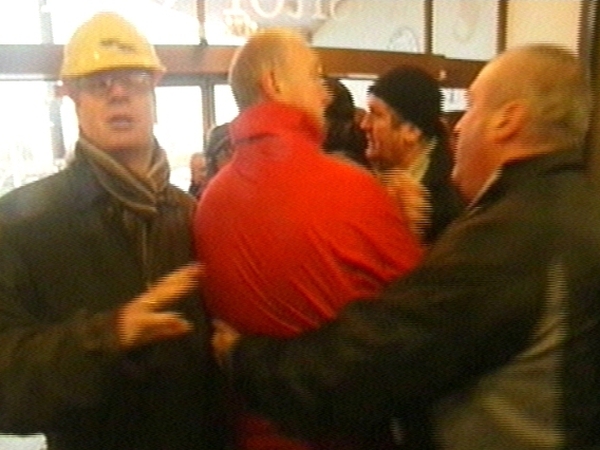