On the eve of his historic inauguration, Barack Obama has joined today in honouring slain civil rights leader Martin Luther King, underscoring racial barriers the Illinois Democrat overcame to be elected the first black US president.

Taking time away from preparing for an address he will deliver when he is sworn in tomorrow, Barack Obama visited wounded troops at a military hospital and issued a call to Americans to remember Der King by recommitting themselves to public service.

Mr Obama's inauguration, coming back-to-back with today’s federal holiday honouring Dr King, has added to the deep symbolism of an African-American receiving the keys to the White House, which was built partly with the labour of black slaves.

'Today, we celebrate the life of a preacher who, more than 45 years ago, stood on our national mall in the shadow of Lincoln and shared his dream for our nation,' Mr Obama said in a statement.

In crafting one of the most eagerly anticipated inaugural addresses ever, Mr Obama will try to reassure recession-weary Americans they can rebound from hard times, and he will signal to the world his desire to repair a battered US image.

Yesterday, U2 celebrated Mr Obama's inauguration during a concert in front of the Lincoln Memorial in Washington DC.

As the only non-US performers, lead singer Bono pointed out that Mr Obama's election was not just 'an American dream, but an Irish dream, a European dream and an African dream.'

Look at photos from the concert

Citing Dr King, a day before the national holiday honouring the civil rights leader, he said: 'Directly in front of us is a pool that still reflects the dream of a King, and the glory of a people who marched and bled so that their children might be judged by their character's content.'

He then followed it up by recognising his political hero, Abraham Lincoln, while standing at the foot of his Memorial statue: 'And behind me, watching over the union he saved, sits the man who in so many ways made this day possible.' (Watch or read Mr Obama's full speech)

Earlier yesterday, the US President-elect laid a wreath at a military grave as he prepares to become the Commander-in-Chief of a country fighting wars on two fronts.

He will also confront the world's worst economic crisis since the Depression, but not without support from a strong majority of Americans.

A pre-inauguration poll shows 68% of those questioned are personally 'thrilled or happy' that Mr Obama will soon be inaugurated as president, while 84% say they approve of how he is handling the transition.

After his Lincoln Memorial speech and accompanied by his wife, Michelle, and their daughters Malia and Sasha, Mr Obama nodded and clapped along at the concert, which included Springsteen performing his song ‘The Rising,’ Mary J Blige singing ‘Lean on Me’ and James Taylor singing his hit ‘Shower the People'.

Spliced between the songs, actors Denzel Washington, Laura Linney, and Tom Hanks gave speeches that evoked past crises in US history, including the Civil War, the Depression and the Cold War. 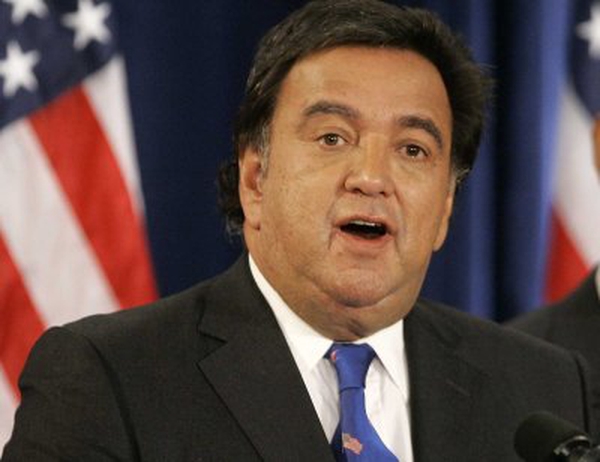