290 jobs are to go at Dublin Bus as part of a series of cost-cutting measures.

Dublin Bus is also withdrawing 120 buses, which is 10% of its fleet.

It said no routes will be removed, but some services would be amalgamated and that the frequency of buses would be adjusted in some areas.

The new plans are due to come into effect in March and Dublin Bus said it will be informing the public about the changes.

The 290 job losses will happen across all grades at Dublin Bus and 160 of these will be compulsory redundancies.

But the NBRU and SIPTU have said they will oppose any compulsory redundancies and work to protect jobs.

NBRU General Secretary Michael Faherty said: 'The 120 bus reduction in the fleet size is unprecedented and cannot be introduced without impacting on the frequency of services, including peak hour services, regardless of what the Minister [for Transport Noel Dempsey] says.

'The Government is forcing people back into cars. It is only six months ago that the Joint Oireachtas Committee on Transport was recommending an additional 350 buses to ease congestion in Dublin.

'These proposals are also socially retrograde. They will effectively deny access to any sort of transport to those who cannot afford a car and live in areas facing the loss of routes.

'Effectively old age pensioners, school children and the growing numbers of unemployed will be left stranded in some parts of Dublin.'

The unions said they will consider these and other cost-cutting proposals in the coming days.

A similar meeting between management and unions at Bus Éireann is due to take place on Tuesday.

'The company needs radical reform in how it operates from senior management to the shop-floor.

'The routes and time-tabling need substantial change to reflect the needs of the city in 2009. We need to be getting more people onto buses, not cutting services.' 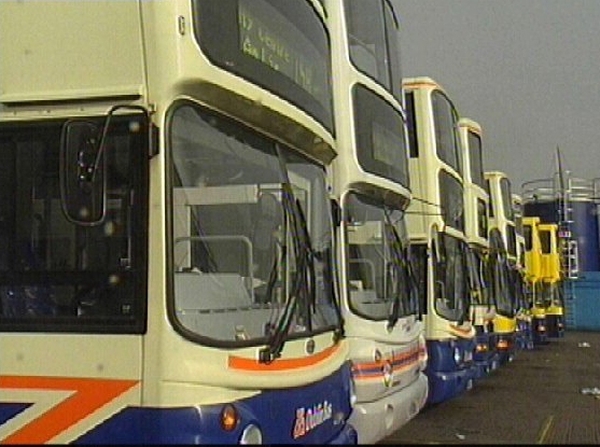