The Taoiseach has denied making any mention of the International Monetary Fund at recent briefings with the social partners or at a briefing this morning.

'I have never said that,' Brian Cowen told reporters in Tokyo. 'We are a member of the euro area and we have the best-performing economy in the last 10 years in the European Union.'

A spokesperson said that, in the briefings with social partners, Mr Cowen set out what the fiscal position would be if no corrective action was taken.

The spokesperson stressed Mr Cowen never referred to the IMF in his comments to journalists, but had responded to recent IMF references by the General Secretary of the Public Services' Executive, Dan Murphy.

Mr Murphy had suggested that unsustainable levels of borrowing could lead to the IMF ordering that public sector workers be laid off.

However, Mr Murphy today confirmed that the Taoiseach did not mention the IMF and said he had 'concluded himself' that the IMF could be called in under certain circumstances.

The euro fell more than a cent against the dollar this morning. While some have attributed this to the RTÉ report, market sources say it would not have a material effect on the foreign currency market.

Instead analysts believe this morning's drop was due to poor German economic figures and expectations that the ECB may cut interest rates tomorrow.

For its part, the IMF said it had no reason to think its help would be needed in Ireland. It has already provided support for countries in the region including Iceland, Hungary and Latvia, which have their own national currencies.

'The authorities have been clear today. We agree. There is no reason to think that IMF financing will be needed,' IMF spokesman William Murray said.

Meanwhile, Minister for Agriculture Brendan Smith had talks with his Japanese counterpart on the prospects of Irish beef - banned since the BSE scare - returning to Japanese shelves.

He confirmed earlier that following clarification Irish pork products had been fully cleared for the Japanese market following the dioxin contamination.

Timed with the Taoiseach's trade mission, the IDA announced two Japanese companies are expected to bring 100 technology jobs to Cork and another 50 to Dublin's Digital Hub (click here for more on that story). 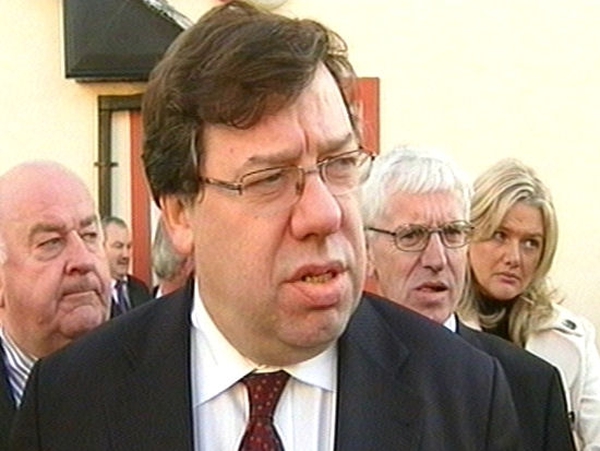