The anti-government protests entered a third week since police shot dead a teenager.

Students threw stones and petrol bombs at riot police outside university buildings late into the night.

It followed a vigil to mark the killing of 15-year-old Alexandros Grigoropoulos on 6 December, which turned violent.

Police blocked surrounding roads and fired teargas at the youths, who sheltered in the university campus which police are banned from entering.

A group of anxious mothers waited outside to escort their children from the building.

Across the country, hundreds of schools and several university campuses remain occupied by students.

In the northern city of Thessaloniki, demonstrators briefly occupied a radio station and a cinema. 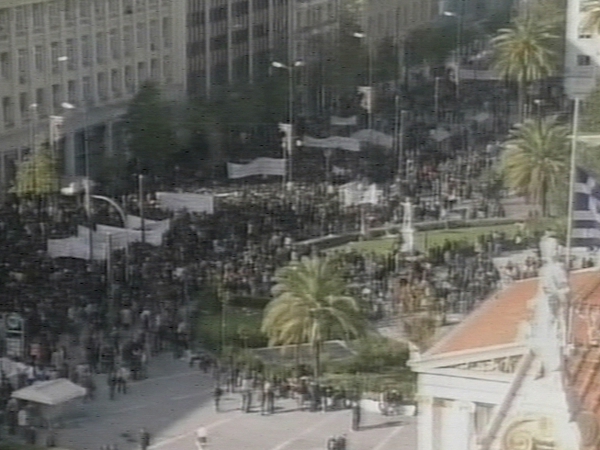 Clashes ahead of Athens demonstration News