Riot police with truncheons and shields have gathered at Bangkok's Suvarnabhumi airport.

Talks with anti-government protestors apparently failed to end the blockade at the airport.

A perimeter was being set up at the airport headquarters building, about 300m from where the People's Alliance for Democracy protestors had besieged the main terminal.

Earlier, police said they hoped talks with protest leaders would end the siege, but warned they would take other steps if they failed.

The sieges at Don Muang and Suvarnabhumi International Airport have cut the Thai capital's air links to the world, leaving thousands stranded and hurting the tourist-dependent economy.

Declaring a state of emergency at the airports from the government stronghold of Chiang Mai, 700km north of Bangkok, Prime Minister Somchai Wongsawat said the economy could not tolerate further disruption.

Thailand's three-year-old political crisis has deepened dramatically since the PAD began a 'final battle' on Monday to unseat a government it accuses of being a pawn of former leader Thaksin Shinawatra, ousted in a 2006 coup.

Pressure has built on the army to step in since Mr Somchai rejected military calls to quit, but pro-government forces threaten to take up arms if the elected administration is ousted, raising fears of major civil unrest.

However, rumours of the army preparing to launch what would be Thailand's 19th coup or attempted coup in 76 years of on-off democracy continue to swirl around the capital.

The government began shuttling thousands of stranded tourists by bus to U-Tapao, a Vietnam War-era naval airbase 150km east of Bangkok, as an alternative landing site for airlines.

According to a schedule hand written on a white board outside the terminal, flights from Cathay Pacific, Thai Airways and Malaysian Air Services were expected. 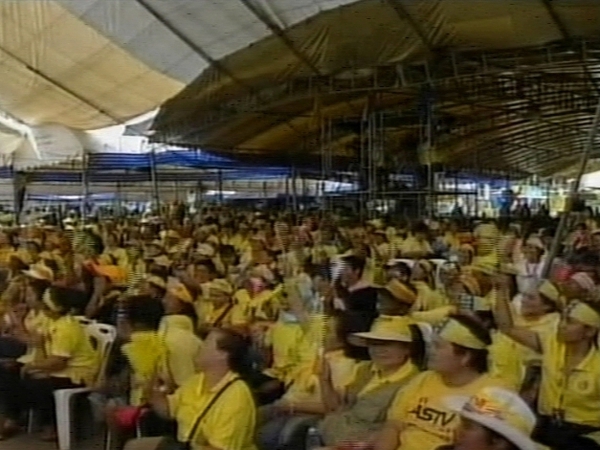