Lord Mayor of Dublin Eibhlin Byrne has called for more stringent punishments for those who attack the emergency services after Hallowe'en celebrations were marred by violence.

It is estimated the clean-up operation alone will cost close to €1m with the overall cost of dealing with the aftermath of Hallowe'en activities expected to run into millions of euro.

During a night of violence in Dublin, three buildings were set alight including a factory and dozens of cars were torched.

The emergency services dealt with fires as well as attacks on gardaí and fire officers.

Two gardaí were taken to hospital after they were injured following an altercation with a group of people in Dublin.

The two gardaí were on foot patrol when they were attacked by a group of people just after midnight on Dorset Street.

Ten people were arrested at the scene.

The two gardaí were taken to the Mater hospital for treatment.

On Sherriff Street, a fireman was injured and a fire engine was attacked by a gang of youths as the emergency services attempted to put out an extended bonfire there at around 9pm.

The fire officer is believed to have received an eye injury and was admitted to hospital.

The windscreen of the fire engine was smashed in the attack.

Fire services were called out to over 800 incidents in Dublin.

The Dublin Fire Service reported up to six knife attacks and that 40% of calls related to assaults, many of them resulting in head injuries.

The ambulance service received more than 500 calls and up to 50 cars were set on fire in the capital.

One at a factory at Castleforbes Road near the Point Depot, the second at derelict apartments in O'Devaney Gardens close to Arbour Hill in the north inner city and the third at the Westen Inn off Mountjoy Square.

Meanwhile, gardaí were called to an incident at Bianconi Drive, Clonmel, Co Tipperary, where a bonfire was alight.

Up to 30 youths were at the scene and four gardaí were assaulted during the incident.

A female garda was treated at Waterford Regional Hospital with a fractured eye socket and three others had lacerations to their bodies but have since been released.

The Fire Service also reported bales of hay being dragged on to a road in Co Monaghan and set alight.

The PSNI says it believed a fire at a tyre depot on the Corrody Road in Derry was started deliberately.

The Fire Service of Northern Ireland said that its regional control centre in Lisburn received a call approximately every minute last night. 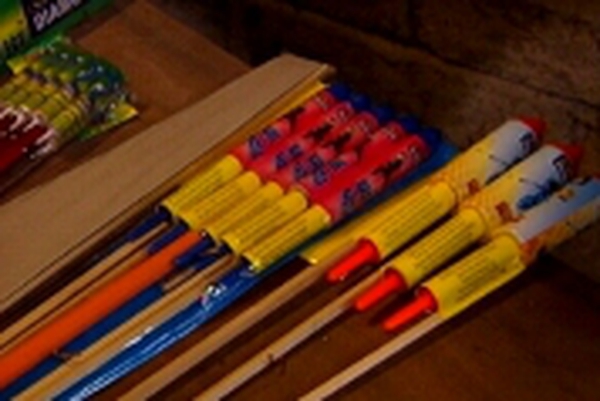