Taoiseach Brian Cowen has said we are battling the most severe global economic and financial conditions for 100 years and that Government cutbacks cannot be avoided.

Mr Cowen said that we have to change the economic paradigm and policies, but that this cannot be done if people oppose every cut that is proposed.

The Taoiseach said that the Government needs allies in dealing with the situation and communicating the changed circumstances to the public.

He said that the business sector, trade unions and the social partners need to stand up now and tell people what the situation is.

Mr Cowen said that 10% of Government spending this year has to be borrowed and this is not sustainable.

The Minister for Finance Brian Lenihan has moved to clarify the terms of the bank guarantee scheme.

The Labour Party claimed that they had been changed so that banks covered would not have to cover the cost of another institution in the scheme failing.

Mr Lenihan said he and the Taoiseach had always made clear that if a call was made under the guarantee that could not be met by the assets of the institution in trouble the Government would ensure that any loss experienced by the taxpayer was recouped in a manner consistent with the long term viability of all the banks covered.

The Minister told TDs there was 'no cross indemnity'. Banks that opt into the scheme indemnify the State in respect of any payments made in respect of its own liabilities but that does not extend to amounts owed by other institutions.

Ms Burton said it was a significant shift from the original understanding of the scheme, which suggested that all banks covered by the scheme would be the first recourse if an institution failed and that it was now clear that the taxpayer would have to pick up the tab.

A new economic report forecasts that the country will lose full employment for the first time in a decade next year.

According to the Bank of Ireland's Quarterly Economic Outlook, the fall-off in house construction, high oil prices and the global credit crunch will also lead to a contraction in the Irish economy of 1.6% this year.

This would be the first decline in national income in a quarter of a century.

Full employment assumes a jobless rate of 167,000, and up until this year, Ireland had enjoyed a decade of full employment.

But recent economic data has shown a fall in employment this year, mainly stemming from the construction and manufacturing sectors.

And in a report out today, Bank of Ireland predicts that unemployment will rise to 7% in 2009 from an average of 5.7% this year.

The report predicts that Gross Domestic Product, which is the total market value of all goods and services produced within a country in a year, is likely to contract by 1.6% this year.

But Dan McLaughlin, Bank of Ireland's chief economist, says that while GDP will contract again next year, it is too hard to predict by how much, given the turbulence in the financial and credit markets. 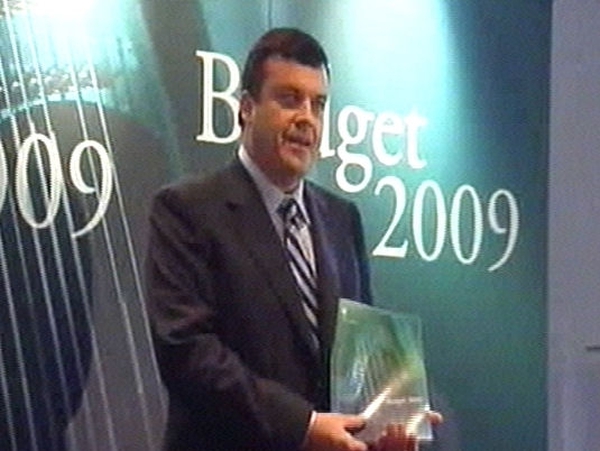