Approximately 12,000 teachers and parents turned out this evening to demonstrate against the education cuts announced in the Budget.

The rally outside Leinster House coincided with a Dáil debate on a Labour Party motion calling for the increase in class sizes to be reversed.

The rally was addressed by union leaders, parent representatives, school managers and politicians.

INTO General Secretary John Carr described the budget as an act of educational sabotage.

He said the people were there to protest in the strongest possible terms, adding that they would not allow the educational system to be destroyed by the people inside Leinster House.

He urged those at the rally to stand and fight, shoulder to shoulder, against what he called the most savage cuts ever taken against children in this country.

The cutbacks represented one broken promise too many, he said.

John White of the ASTI said the cuts would affect every single school in the country.

He urged those at the rally to go back to their communities and ascertain what the effect of the cuts will be on their local schools, and then tell their local representatives.

Joint Managerial Board General Secretary Ferdia Kelly warned that from January children may have to be sent home from schools or schools closed because of the cutbacks on substitute teachers.

For generations, he said, teachers, parents and management had worked hard to keep Ireland near to the top of the international league on education.

While Áine Lynch of the National Parents Council Primary said the increase in the capitation grant announced in the Budget will not even cover the rise in fuel prices and other day-to-day running costs of schools.

She said the NPCP now fears that the cost of the deficit of running schools will be passed onto parents.

She also expressed her concern about the reintroduction of the ceiling on language support teachers.

In the Dáil this evening, Taoiseach Brian Cowen warned that even with the Budget economies and cutbacks, the country will still run a deficit which will have to be tackled in the years ahead.

He was responding to questions from Opposition leaders, including Enda Kenny.

Labour's Ruairi Quinn described the Government's Budget as an act of social vandalism which attacked children.

Introducing the Labour motion seeking the reversal of the education cuts, he said one effect would be to push young, shy children into classes of over 30 other children.

Education minister Batt O'Keeffe accused the opposition of hysterical claims and scaremongering in the debate.

He described the changes as a measured adjustment and told TDs it was not credible to claim that the primary school system will be in crisis next year as a result.

Fine Gael's Brian Hayes said it was 'stomach churning' to hear the Green Party justifying their support for the Government cutbacks.

He predicted the controversy would prove the party's Stalingrad, claiming the Greens would never recover from the damage caused by their pre election promises.

Mr Hayes said Batt O'Keeffe had no credibility in the education sector, describing him as 'Brian Cowen's puppet'.

The debate, which saw spirited exchanges between speakers, has now adjourned until tomorrow morning. 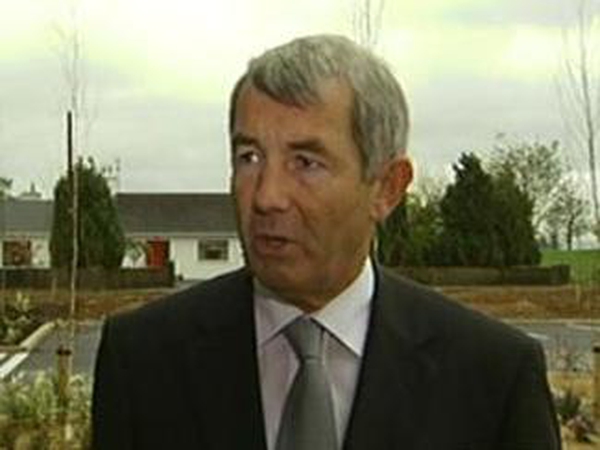