The Fine Gael motion calling on the Government to reverse its decision to withdraw the automatic entitlement to medical cards for the over 70s has been defeated in a vote in the Dáil.

Independent Finian McGrath and Wicklow TD Joe Behan, who resigned from Fianna Fáil over the issue, both voted with the Opposition for the first time.

After a week of raging controversy and a day of protest outside the gates of Leinster House, the Dáil finally got to vote on the medical card issue.

However, the other two Independents who have supported the coalition since its formation, Jackie Healy Rae and Michael Lowry, supported the Government.

Deputy Lowry was looking for a guarantee that the thresholds would be protected in line with inflation, and that other age-related benefits will be protected.

He met with the Minister for Finance this afternoon.

Earlier, Up to 15,000 people protested outside Leinster House against changes to the medical card scheme.

The demonstration was organised by the Irish Senior Citizens Parliament.

Iarnród Éireann says up to 1,000 pensioners travelled on early morning trains from Cork and Kerry to Dublin for the rally.

A spokesman said the 6.30am and 7.30am trains from Cork were especially busy.

An extra train was laid on from Cork at 8.20am to cope with the expected demand by pensioners to get to Dublin in time for the protest outside the Dáil.

All five reserved carriages on the 7.30am train were fully booked by yesterday evening mainly by people using their travel passes.

Taoiseach Brian Cowen, Minister for Health Mary Harney and Minister for the Environment John Gormley held a news conference yesterday following a week of controversy over its medical card proposals as outlined in the Budget.

They announced that higher income thresholds will allow 95% of those over 70 to retain their full medical cards.

Savings on drug costs and a reduced capitation fee for GPs treating the over-70s will fund the changes. 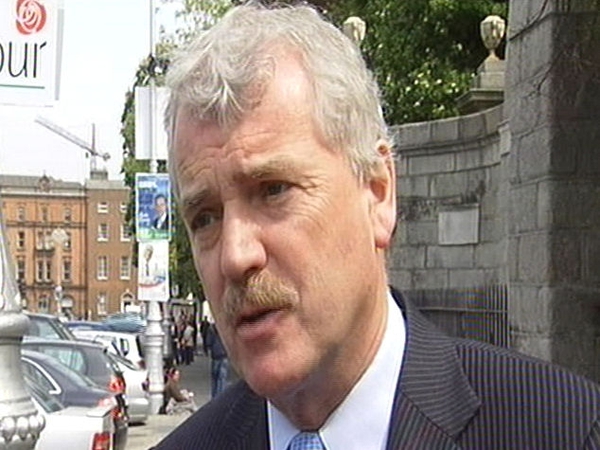