A special pre-Budget Cabinet meeting has ended at Government Buildings.

It is understood that while there will be contacts between ministers in the coming days, there will not be another formal meeting until Tuesday when ministers are likely to sign off on final decisions for the Budget a week later.

Minister for the Environment John Gormley said major cuts across all departments are likely when the Budget is announced on 14 October.

Each year minsters hold a weekend meeting to sign off on budget decisions but the scale of the crisis means that this was the second such meeting.

On their way in to the meeting this morning, a number of ministers repeated that in terms of Budget cuts nothing was being ruled in or out.

Defence Minister Willie O'Dea said it would be 'the toughest Budget we had seen' but tough Budgets in the past had succeeded in turning the country around.

The focus will be on achieving massive savings in public spending, but ministers will also have to consider ways of raising additional income through taxes.

Today's special cabinet meeting came on the backdrop of the worst exchequer returns for years.

The Government has already held a number of such meetings, but the sheer scale of its task became even more evident, with this weeks third quarter exchequer figures showing a Government deficit of €9.4bn, and the need to borrow €11.5bn.

Ministers will also have to consider ways of raising additional income through taxes and increases in direct personal taxes have not been ruled out.

There will be more discussions before delivery of what promises to be the worst Budget in 20 years, as the Government tries to strike a balance between maintaining front line services and jobs and the implementation of drastic savings. 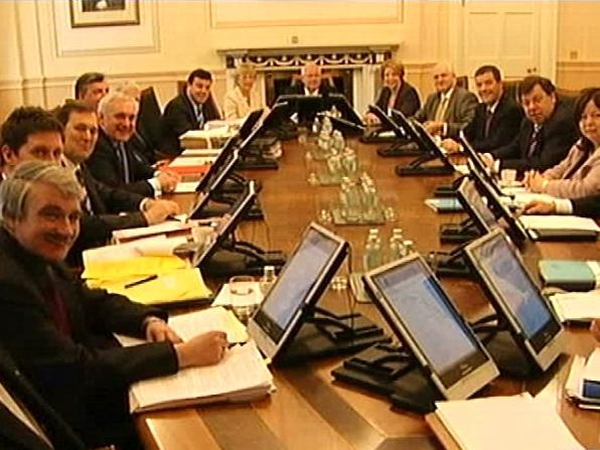