The EC says that if the Government's bank guarantee scheme is found to have breached the EU's state aid rules, the Government will have to recover the value of the aid from the banks.

A spokesman for the Competition Commissioner said any future action by the commission depends on whether there any elements of state aid involved in the package, and whether those elements are in breach of state aid rules.

The spokesman said if the Irish banks pay for their use of the guarantee at commercial rates, then there may well be no state aid issue at all.

But he said it was impossible to tell because the Irish Government had not notified the commission of what was in the package.

The commission was also awaiting notification of what the Dutch and French governments' role in stabilising Fortis and Dexia.

This evening the President of the European Commission Jose Manuel Barosso is meeting a group of senior bankers from around Europe for what is described as informal discussions on the banking crisis.

Mr Barosso will attend Saturday's summit meeting in Paris of the leaders of France, Britain, Germany Italy and Luxembourg, and the president of the European Central Bank, which has been called to discuss possible actions to deal with the crisis.

Meanwhile, the EC has said it has not received any formal complaint from British banks or the British government regarding the Irish bank guarantee scheme.

Scheme a problem for UK - Darling

British banks were expected to write to the Government today to complain that the guarantee would distort competition.

The British Bankers Assocation says the move has put banks in other jurisdictions, especially in Northern Ireland, at a competitive disadvantage.

Meanwhile, it has been reported British Chancellor of the Exchequer Alistair Darling approached Minister for Finance Brian Lenihan on the legislation.

The Guardian newspaper quotes the British Treasury as saying that in two phone calls the Chancellor told Mr Lenihan 'in no uncertain terms' that the scheme was a problem for the UK.

The Treasury says Mr Darling was given a sympathetic hearing and was told that Ireland was not seeking to undermine British banks.

Mr Darling urged Mr Lenihan to open the guarantee scheme to British banks in Ireland and Mr Lenihan indicated that he would consider it.

In the course of last night's Dáil debate, the minister told the House that Ulster Bank had made an application to be included in the guarantee scheme, and said the Government would give careful consideration to that application.

British bank HBOS Plc, which is due to be taken over by rival Lloyds TSB Group Plc as part of a UK government-backed bailout, said it would apply to join the scheme.

HBOS has retail and business banking operations in Ireland under the Halifax and Bank of Scotland (Ireland) brands.

Savers in Britain have been moving cash into Irish banks since the Irish guarantee scheme was first announced, as well as into British post office savings accounts which are run by the Bank of Ireland.

There is now increasing pressure on British leader Gordon Brown to follow Ireland's lead and guarantee all British savers' deposits.

The move would level banking competition but in theory could cost over a trillion pounds sterling.

The prime minister is setting up an emergency cabinet committee to take charge of Britain's response to the financial crisis.

It is thought it will be on similar lines to the British government's crisis management committee, known as Cobra. 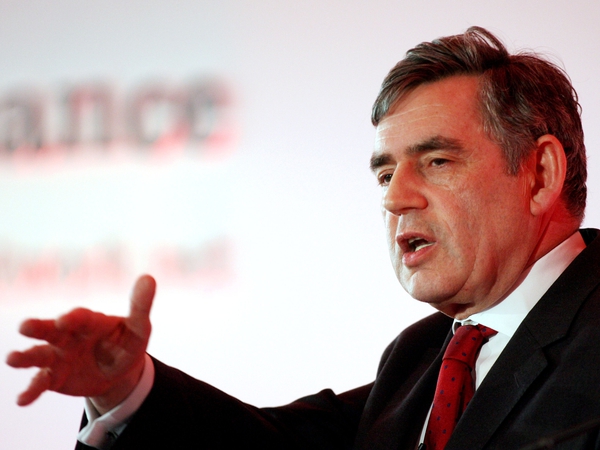