The meeting of the National Executive of the Progressive Democrats has concluded at the party's Dublin headquarters.

Officially the agenda was how the party would fight next year's local elections, but speculation that TD Noel Grealish is set to join Fianna Fáil overshadowed the routine gathering.

Speaking afterwards, party leader Senator Ciaran Cannon said he was hopeful that the Galway West TD would remain in the party.

He said Deputy Grealish would tell his party colleagues his decision at a parliamentary party meeting next week.

Senator Cannon said Mr Grealish has had intermittent doubts about his future in the party but all the recent speculation was not been generated by him.

However, Mr Cannon said that he had received a commitment from all members of the parliamentary party until after the local elections.

This guarantee was given to him when he took over as leader last April.

He refused to say if he felt let down by Mr Grealish’s failure to quell the recent speculation.

He added that Deputy Grealish has been consistent in saying that the parliamentary party was the most appropriate place to deal with this matter.

Some PD councillors admitted this week that should Mr Grealish depart, it would increase the chances of the party going out of business before the local elections. 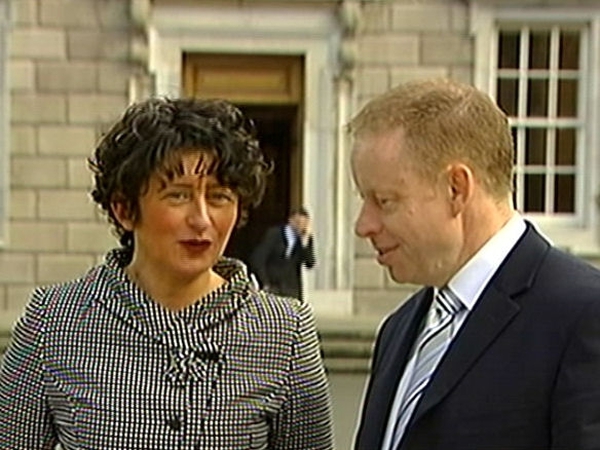