Evacuation warnings when the Kosi river burst a dam last month have meant the loss of life is relatively low, but over 3m people have now been made homeless.

The floods have destroyed 100,000ha of farmland and killed at least 100 people.

Over 600,000 people have been evacuated from flooded areas, but rescuing the estimated 350,000 villagers still stranded in the coming days is vital to prevent more deaths.

Many people are now living on embankments, roads and in overcrowded camps in filthy conditions, making them vulnerable to infection and water-borne disease in the absence of drinking water.

In Nepal, where the river Kosi originates, 14 people have died from diarrhoea and pneumonia in overcrowded relief camps, officials said. One person got swept away by flood waters. 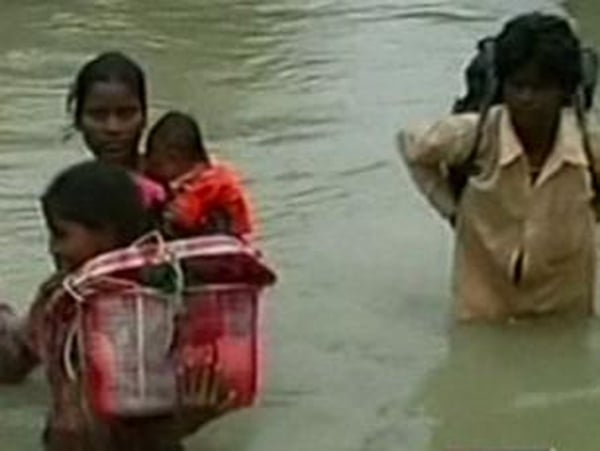