The Minister of State for Transport has said the Government cannot commit to abolishing tolls on the M50's West-Link bridge when the State's purchase of it is paid for in 12 years time.

Speaking at today's launch of barrier free tolling on the motorway, Noel Ahern said the Government's current policy is to see Transport 21 implemented.

Meanwhile, officials say they are pleased with how the new electronic tolling system, which went live at midnight, is performing.

Traffic is reported to be moving freely through the notorious bottleneck that was the plaza, where demolition work is already underway.

The National Roads Authority says the new toll system has processed toll payments for up to 80,000 vehicles since it went live.

The authority also says its eFlow call centres have dealt with around 4,000 calls from members of the public today, compared to up to 7,000 calls each day earlier this week.

The calls related to a variety of issues, including account activation, complaints and queries about how to pay and where.

The authority has been closely monitoring the new electronic toll system since it went live, and says it is satisfied with the performance so far.

Mr Ahern hailed the new system as an important development, which would in time lead to less congestion.

He also defended the €600m cost of the project, saying it would prove a good deal in time.

Barrier free tolling on the M50 became operational after the system was activated just after midnight.

Motorists can no longer pay at the toll plaza for using the section of road between Junctions 6 and 7.

Vehicles will instead pass at the normal speed limit under a gantry, which will collect their tolls electronically.

Motorists must either carry an electronic tag, pre-register to pay automatically, or post-pay the following day in order to avoid penalties.

The first motorists to use the system said they welcomed the changes, although some said they were still unsure about how to pay. 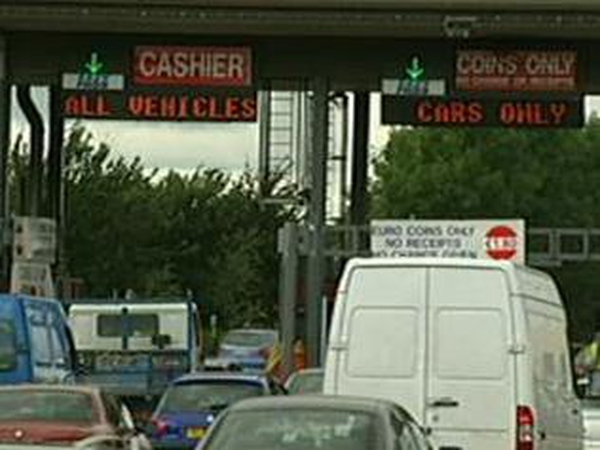