A clean-up operation is underway in Dublin and Kildare following flash flooding yesterday.

Gardaí say flood water has subsided in most areas, but parts of north county Dublin are still badly affected.

The N3 near Blanchardstown has now been re-opened and traffic is moving normally in both directions.

Considerable delays can still be expected on the M50 as there is still severe flooding on both northbound and southbound lanes.

The M1 at Whitehall has now been re-opened on both sides following earlier closures due to flooding.

Met Éireann has said that in the 24-hour period from midnight Friday until midnight on Saturday 76.2mm of rain was recorded at Dublin Airport.

This is a new record for the month of August.

The previous record was 73mm which was recorded in August 1986.

Eight houses in the Vanessa Close Estate were flooded with water reaching about 60cm.

It was caused by the Toni River, a tributary of the Liffey, which is backing up.

The County Council has secured a boat from the Civil Defence to try to clear the blockage that it is hoping will be completed by lunchtime.

The Clane to Celbridge Road is closed because of flooding and is expected to remain closed for most of day.

The Ardrass Road from Straffan to Celbridge is also closed and will remain so for the rest of the day.

Celbridge also experienced serious problems with sewage flooding onto the street, caused by pumps being flooded.

The pumps are now working again but Main Street is still affected by the sewage, which has also damaged some premises.

4,000 scouts in Punchestown had to spend the night indoors after being removed by the Civil Defence to the major events centre on the site.

Leixlip and Maynooth also experienced flooding, but the county council is not aware of any damage to property.

Elsewhere, in Co Laois the Ballyroan to Portlaoise Road is flooded at Cashel Cross after a river burst its banks.

In Co Offaly, the Tullamore Show, which was due to take place today, has been cancelled for the second year running due to the weather.

Iarnród Éireann says all its lines have now reopened and its services are running as normal today.

Dublin Fire Brigade says it had a very busy night with all areas of the capital affected by flooding.

The Fire Brigade says flooding was particularly bad in Swords and that a number of premises in the north city centre were flooded, with Drumcondra badly affected.

Houses in the Knocklyon and Firhouse areas of south Dublin were flooded.

The main drain section of Dublin City Council was called out to help ease the flooding, which was made worse by high tide.

The Civil Defence was also called in to help pump water.

On the M50 a bus full of people heading to Dublin Airport got stuck in the floods and had to be pulled using a tractor.

Racing at the Curragh has been cancelled due to a waterlogged track.

Organisers of the annual Steam Threshing Festival in Moynalty, Co Meath say it will go ahead despite last night's heavy rainfall.

Thousands of people are expected to travel to the event, which is now in its 33rd year. 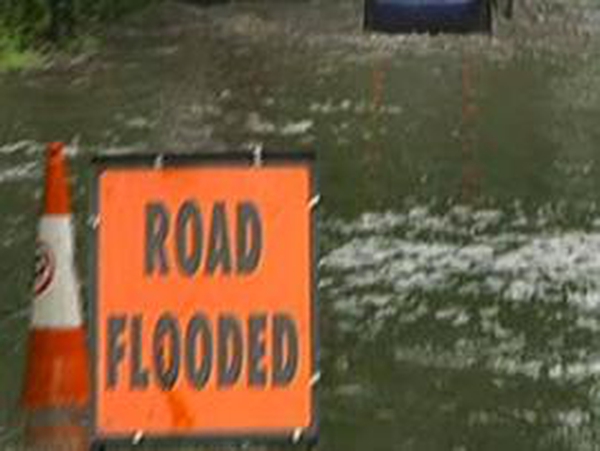