Talks on a new National Pay Agreement are continuing in Government Buildings.

A deadline of tomorrow has been set for reaching agreement between unions, employers and Government.

However, sources are speculating that the talks could run into the bank holiday weekend, as the key issue of pay has not yet been addressed.

On his way into the talks, IBEC Director General Turlough O'Sullivan said these were the most challenging talks since the Partnership Process began in 1987.

Liam Doran of the Irish Nurses Organisation said there was a lot of work still to do on all the issues that the unions brought into the talks.

While ICTU President Peter McLoone also insisted there was a lot of hard work still to be done.

While these talks have dragged on for months, they are clearly approaching the end game, as workers wait to see what, if any, national pay increase can be agreed between employer and union representatives.

However, although the two sides have been in this make or break session since 3pm this afternoon, so far, they have not even begun to discuss the central issue of pay.

The two sides are bogged down on two major bones of contention.

The first is the question of union rights in the workplace, as the unions try to recover lost ground following their defeat in the Ryanair case.

The second involves what period of time should elapse before temporary workers are granted the same rights as permanent staff. Here, unions are the ones holding their ground.

The government has finally presented draft proposals in writing to the two sides within the last few hours.

That text is currently being examined by all sides with much tough bargaining expected in the coming hours. 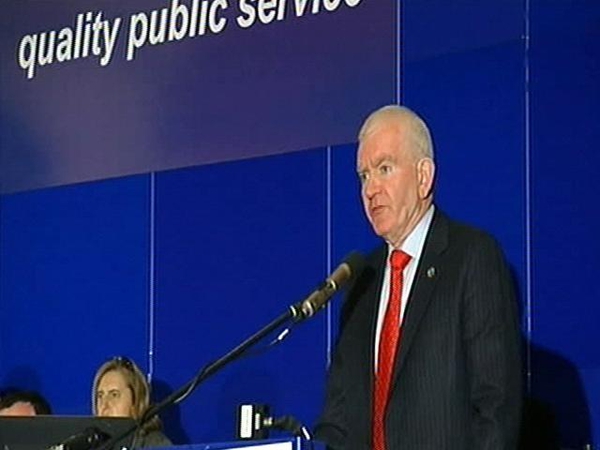 Benchmarking 'dead in the water' - IMPACT