A suspected US missile strike in Pakistan's tribal belt today targeted a senior al-Qaeda militant, who may have been among the six people killed in the attack.

Three missiles hit a house attached to a mosque in the South Waziristan tribal district, an area bordering Afghanistan that is viewed by Washington as a haven for al-Qaeda and Taliban extremists.

Pakistani officials said an unnamed Middle Eastern al-Qaeda member in the second tier of the organisation, behind Osama bin Laden and Ayman al-Zawahiri, was the target of the attack.

Officials are awaiting confirmation of the identities of the six dead, and of details of the attack.

Residents said they heard US aircraft and pilotless Predator drones flying above the area before and after the strike, adding that there had been alarm over similar flights throughout the weekend.

Both the US-led coalition and a separate NATO force in Afghanistan said they were not involved in the missile strike. However, the US Central Intelligence Agency is also known to operate drones in the region.

Pakistan has protested over a wave of missile strikes attributed to US-led forces in Afghanistan in recent months that have killed dozens of local people. 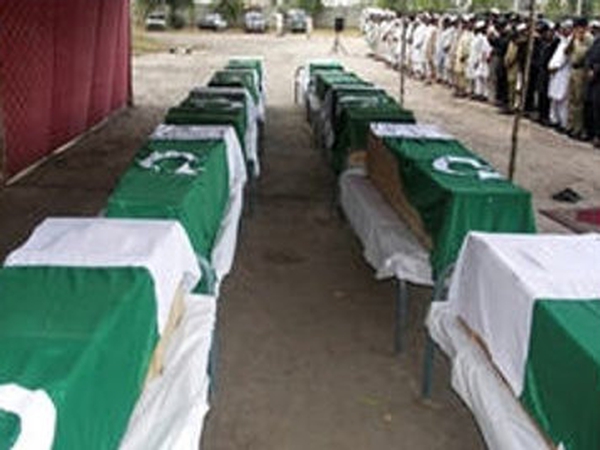 Pakistan slams US over border attack