The Taoiseach was in Paris today attending Bastille Day celebrations at the invitation of French President Nicolas Sarkozy.

All EU leaders attended the event to mark the French presidency of the EU.

The event commemorates the storming of the Bastille prison and the start of the French revolution of 1789.

The Arc de Triomphe and the Champs-Élysées were decorated with French and European flags.

Despite some opposition to the Lisbon Treaty in Ireland on the grounds of the EU's developing military capabilities, the Taoiseach said it was entirely appropriate that he attend today's parade, which is the national day celebration of a close neighbour.

Mr Cowen also pointed out that Irish and French troops are serving together on an EU mission in Chad, and that Ireland remains fully engaged in the EU's security and defence policy.

UN Secretary-General Ban Ki-moon was the guest of honour at the festivities with two units of UN blue helmets leading off the march.

After watching a fly-past of Alphajets that left a trail of red, white and blue, Mr Sarkozy, first lady Carla Bruni and guests watched the parade of some 4,000 marching soldiers and police, 65 aircraft and 241 mounted horsemen.

Eight paratroopers rounded out the parade with a jump in red-white-and-blue parachutes adorned with UN flags, landing on Place de la Concorde. 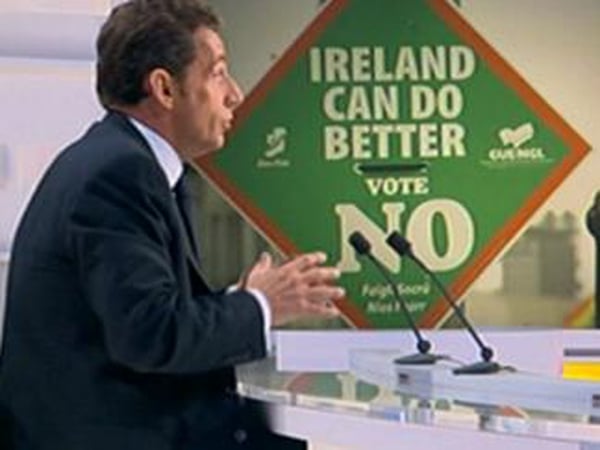 Sarkozy speaks out on Lisbon