The governor of the Central Bank has said that it is vital that Ireland lives up to its hard-earned reputation for managing its economy and its budgetary situation.

Speaking at the launch of the Central Bank's annual report in Dublin, John Hurley welcomed the cuts in Government expenditure announced earlier this week, but said further action would be needed later.

He said every effort should be made to ensure the Budget deficit does not go over the 3% limit set out in the EU Stability and Growth Pact.

The Central Bank and the Financial Regulator have stress-tested all of the banks and found them to be well-capitalised, with good quality assets and well able to withstand the shocks they have been subjected to, the governor said.

Commenting on inflation, Mr Hurley said it was very important that inflation was tackled and he warned that people cannot compensate themselves for commodity price rises over which we have no control, by seeking higher wage increases.

The Central Bank also reported that it made profits of €228m last year and that €193m of this is to be paid to the Exchequer.

The annual rate of inflation moved back up to 5% in June from 4.7% in May.

The latest figures from the Central Statistics Office show that the annual rate had hit 5% in March before falling back in the following two months.

Overall, prices rose by 0.5% from May. The CSO said the biggest monthly increase in prices - 2.1% - came in the transport sector, due to higher air fares and rising petrol and diesel prices.

Higher mortgage repayments and increased prices for hotels and other accommodation also contributed to the rise in inflation.

There were also price increases for cigarettes, but prices of clothing and footwear fell back 1.1% in the month.

The annual rate of inflation for services in June was 5.3%, while goods increased by 4.6%. 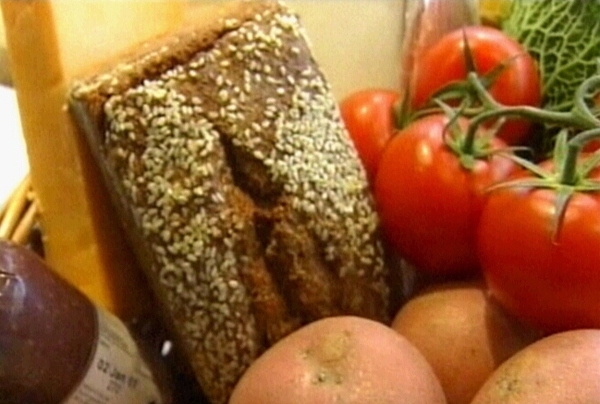