Government figures published this evening show that there was a shortfall of almost €1.5bn, or 7%, in tax receipts in the first six months of this year.

He said tax revenues would fall short by €3bn by the end of the year, and promised the Government would take firm action.

VAT, Capital Gains Tax, and Stamp Duty account for 82% of the 7% shortfall outlined by the Department.

Government spending for the first six months of the year was €205m below predictions.

Pressures have been highlighted in the area of social welfare, particularly on the Live Register, which could cost €500m extra this year.

In a statement, Minister Lenihan said the Government will take firm action now to ensure the public finances in the years ahead are kept on a sustainable footing.

He said overall economic conditions remain sound, with growth outside the housing market of over 4%.

He added that a package of measures will be announced in the Dáil next week.

The poor Exchequer figures come on the same day as more than €2bn was wiped off the value of Irish shares.

The ISEQ index in Dublin closed below the 5,000 mark for the first time in almost four-and-a-half years.

The main fallers were building stocks, after building materials group CRH warned that a slowing market and weak dollar would hit its first-half profits.

Taoiseach Brian Cowen had indicated earlier that the Government was planning strict spending controls, extra borrowing, and savings in other departments to cover increased unemployment payments.

Speaking during this morning's Leaders' Questions, Mr Cowen addressed the issue of how the Government was going to respond to the anticipated shortfall in tax revenue.

The Opposition accused the Government of 'blowing the boom' and 'walking the country into the red'.

In advance of Exchequer figures publication, Opposition leaders laid the blame at the door of the Taoiseach.

Fine Gael's Enda Kenny said if Mr Cowen would not accept responsibility, the people would not believe he could steer the country out of this mess.

Labour's Eamon Gilmore said that from the best of times, Mr Cowen had walked the country into the red.

Mr Cowen robustly defended his handling of the economy. But he said there was no easy or painless formula to deal with the downturn.

He said the Government would keep within spending limits set in the Budget, while savings in other areas would meet increased social welfare costs due to rising unemployment.

And he said the Government would increase debt to meet the downturn, as nobody was suggesting that a €3bn tax shortfall could be made up in the course of the year.

With less money coming in, the Government now has to start thinking about how to spend less. At the weekend, Minister for Finance Brian Lenihan said that would mean savings rather than cutbacks. 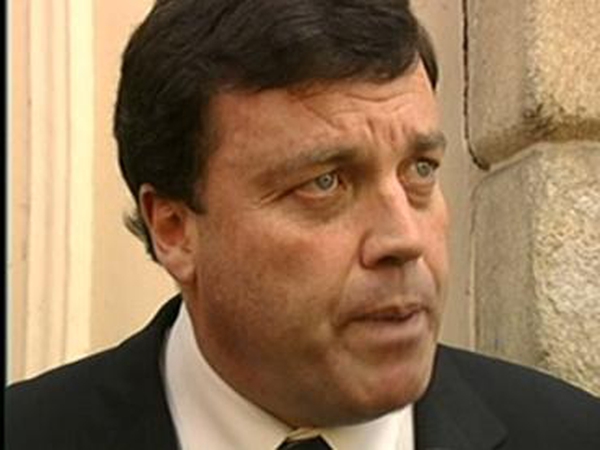 Lenihan: No decision on pay freeze yet