With Ireland’s rejection of the Lisbon Treaty, politicians and pundits in Ireland and across Europe are talking about what will happen next.

Government leaders have described the situation post-vote as 'uncharted territory'.

Taoiseach Brian Cowen said he did not have an answer to what happens next, but would have to go to next week's European summit to see if there is a consensus on the way forward.

Mr Cowen appeared to rule out a second referendum during the campaign, but speaking to RTÉ's Bryan Dobson this evening he said that at this point he could not rule anything 'out or in, up or down'. The fact that Ireland has already been made to vote again once after it rejected the Nice treaty in 2001 makes the idea improbable, but not impossible.

Minister John Gormley said this treaty was Plan B and he does not know what Plan C is.

Minister Gormley said it would be problematic to go back to the people because he does not know what could be added. He said that Ireland cannot gain any more concessions. He said that under Nice each country will still lose a commissioner.

In the short term, the Irish vote means the new positions of a permanent president of the European Council of EU leaders and a stronger foreign policy chief with a real diplomatic service will be delayed.

The EU will be weakened internationally, notably in dealings with difficult powers such as Russia and Iran, by having to limp on with dysfunctional foreign policy and defence institutions, and by the sheer loss of face, diplomats said.

Pending legislation to fight climate change, promote energy efficiency and open the EU internal energy market to more competition should not be delayed by the Irish vote, they said.

It remains unclear exactly what course the EU and Ireland will follow, but the ratification process in other countries looks set to continue.

The ratification of the Lisbon Treaty 'must continue' in other member states despite Ireland's rejection in a referendum, European Commission chief Jose Manuel Barroso has stressed.

‘The ratification process is made up of 27 national processes, 18 member states have already approved the treaty, and the European Commission believes that the remaining ratifications should continue to take their course,’ Mr Barroso told journalists.

France's European affairs minister Jean-Pierre Jouyet said the EU could negotiate a ‘legal arrangement’ with Ireland to avert a crisis.

But he agreed, along with other European leaders who have made statements, that ‘the most important thing is that the ratification process must continue in the other countries.'

‘Then we shall see with the Irish what type of legal arrangement could be found,’ the French minister said.

The Netherlands, which rejected the EU constitution three years ago, will continue ratifying the Lisbon treaty despite its apparent rejection by Ireland, Prime Minister Jan Peter Balkenende said.

The Head of the Socialist Grouping in the European Parliament has said he is very worried about the information coming from Ireland.

Speaking in Brussels, German MEP Martin Schulz said that if there was a No vote in Ireland it would be one of the biggest problems in the EU for a long time.

He said that it is now up to the Irish Government to explain to Europe how we should proceed.

Polish Prime Minister Donald Tusk said even with a No vote on the Lisbon Treaty, the EU would look for ways to bring the treaty into effect. He said the referendum in Ireland won't disqualify the treaty.

For full coverage of the Lisbon Treaty referendum see RTÉ.ie/lisbon. 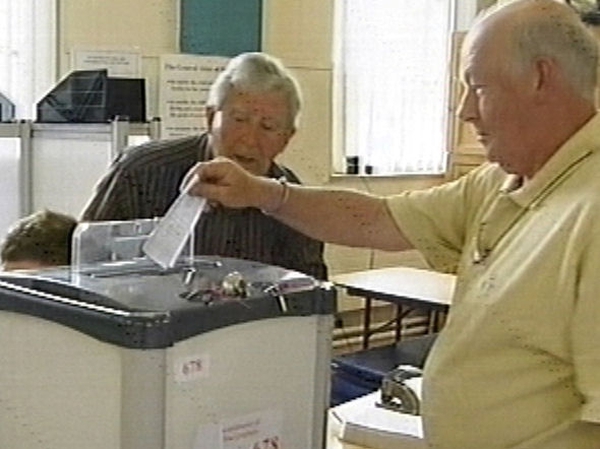