A leaked report from the NI Assembly's Standards Commissioner has cleared Ian Paisley Jnr of any wrongdoing over the ownership of his holiday home on the north Antrim coast.

The North Antrim MLA resigned as Junior Minister last February amid allegations regarding his relationship with property developer Seymour Sweeney.

The controversy arose when former Environment Minister Arlene Foster indicated that she was in favour of granting planning permission for a new visitor's centre at the Giant's Causeway to Mr Sweeney.

In a separate development, ambitious proposals for a new £21m visitor centre at the causeway that were put into doubt by Mr Sweeney's plan were submitted to planners by the UK conservation charity the National Trust today.

Although Mr Sweeney has lodged an appeal against Mrs Foster's decision to refuse his bid, the trust believes a publicly-owned facility is now back as the preferred option.

The trust has announced it will also invest £6m in upgrading facilities at the World Heritage site. If approval is granted by Northern Ireland's planning authorities the new centre could be open by 2011.

Tourist facilities at the causeway have been housed in temporary buildings since the previous centre burned down eight years ago. The trust's director for Northern Ireland, Hilary McGrady, said they had come good on their pledge to deliver for the causeway.

The design being submitted from heneghan.peng.architects Dublin, was selected as the winner of the International Design Competition in 2005. 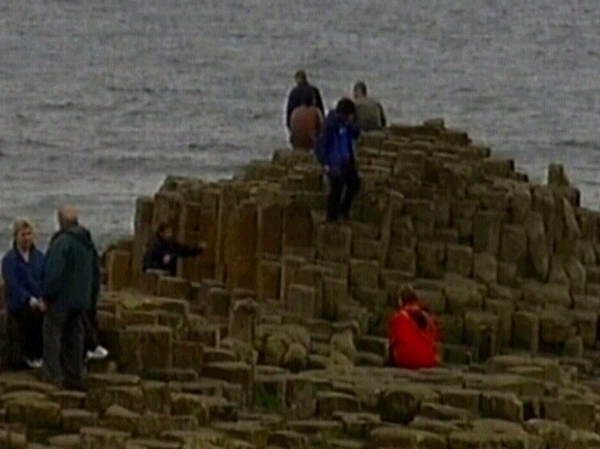