The former Taoiseach's evidence at the Mahon Tribunal could damage the Lisbon Treaty Yes campaign, according to the Labour Party's deputy leader Joan Burton.

Speaking on RTÉ's The Week in Politics programme she said it is one of the factors that has made people uncertain in the context of Lisbon.

But she said she hopes people will look beyond events at the Tribunal and consider the country's economic future when voting on Thursday.

Finance Minister Brian Lenihan, however, said he does not believe that Fianna Fáil credibility in calling for a Yes vote has been damaged by Mr Ahern's evidence.

He did say that the former Taoiseach Bertie Ahern's finances in the 1990s were not a pretty picture.

Asked whether he believes Mr Ahern won £5500 pounds sterling betting on a horse race he said: 'Well that is what he says - the tribunal is going to have to make sense of it.'

The Taoiseach has said that a No vote in the referendum on the Lisbon Treaty would marginalise Ireland's interests, and that there is a great opportunity to build goodwill towards Ireland in Europe by voting Yes.

He said that a Yes vote would move Ireland forward, whereas a No vote would bring the country on what he described as a new and far more uncertain route.

Speaking on RTÉ Radio this afternoon, Brian Cowen said that Ireland had been given the guarantees it needs in the treaty.

According to the Taoiseach, none of Ireland's 'red lines' were crossed in the negotiations leading to the treaty, and that it represents a decent, balanced good deal for Ireland.

He described the No camp as a well funded group, who are putting up posters which were not consistent with the truth.

Commenting on the slim lead for the Yes camp in the most recent opinion poll, the Taoiseach said the clouds of confusion orchestrated by the No side in the referendum are starting to clear away.

The Taoiseach said that claims that voting No would allow Ireland to keep its European Commissioner were untrue. He said that under the Nice Treaty the number of commissioners would be cut by 9 to 18, whereas the Lisbon Treaty defers the cut in commissioners until 2014 and ensures that right to nominate a commissioner is equally rotated among member states.

Declan Ganley, one of the chief camapigners for a No vote in the Lisbon Treaty referendum vote says his side will be treating the latest poll findings with caution.

According to a Red C poll in today's Sunday Business Post, the Yes side is ahead, with the No side just three points behind.

The poll also found that among those who say they are certain to vote, the Yes side is even further ahead.

Just a few days ago a TNS/mrbi poll showed opponents of the Treaty with a 5% lead over those in favour.

Up to the most recent TNS/mrbi poll, opinion polls on the Referendum campaign have consistently shown the Yes side ahead, although with opponents closing the gap.

The referendum takes place on Thursday. 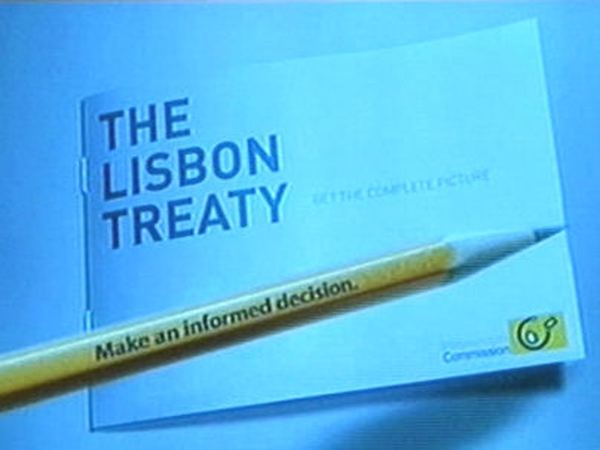