The latest opinion poll on the Lisbon Referendum is showing the 'No' side surging ahead in a dramatic reversal of opinion.

The TNS/mrbi poll in tomorrow's Irish Times shows opponents of the Treaty with a 5% lead over those in favour.

Up to now, opinion polls on the Referendum campaign have consistently shown the 'Yes' side ahead, although opponents have been closing the gap.

But now the 'No' side has done more than that, surging into a commanding lead with just a week to polling day.

If that result is repeated next week, the political establishment is heading for a crushing defeat and the Lisbon Treaty is dead.

Meanwhile, President McAleese has said its important that people use their vote in the forthcoming referendum.

Ms McAleese said everybody should read everything available from the referendum commission and then go out and vote.

The President was speaking in Warrington in Cheshire, where she was visiting the Foundation for Peace, set up in memory of the two children who were killed in the 1993 IRA bombing in the town. 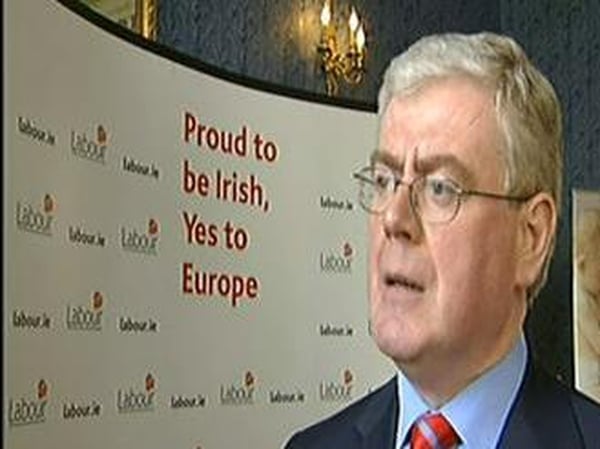