The country's second biggest farming organisation, the Irish Creamery Milk Suppliers Association, has announced it is to support a Yes vote in the Lisbon Treaty referendum.

Before announcing its decision, representatives of the ICMSA met the Taoiseach, Brian Cowen, in Tullamore, Co Offaly.

ICMSA President Jackie Cahill said his decision had not been reached lightly but he accepted the Taoiseach's 'iron-clad' assurance that the Government would not be supporting the current EU stance in the WTO talks.

Speaking to RTÉ News in Tullamore this afternoon, the Taoiseach siad the Irish Governement would not accept a WTO deal that is unbalanced and undermines Irish farming.

He said Irish consent and unanimity is needed for EU approval of the outcome of current WTO negotiations.

However he said there was currently no acceptable deal on the table.

Mr Cowen said the Lisbon Treaty would not affect Ireland's ability to block or veto EU agreement to WTO talks.

He re-emphasised the Goverment's position that the current WTO agreement is not acceptable to Ireland.

Mr Cahill said he would be recommending a Yes vote when the Association's National Council meets on Wednesday next, 4 June.

He said the Lisbon Treaty is better for farmers and the wider economy, and it is now time to tell Irish farmers that their best interests lie in the passage of Lisbon. 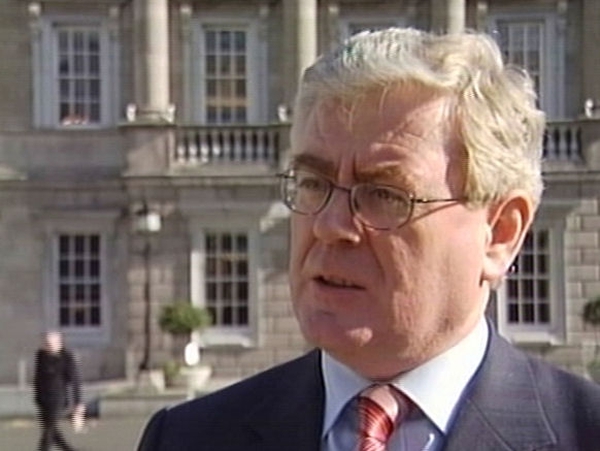