Pakistan has formally requested a UN investigation into the assassination of former prime minister Benazir Bhutto.

Her widower, Asif Ali Zardari, said that a request has already been sent to the UN.

Mr Zardari took over leadership of the Pakistan People's Party after his wife was killed by a suicide gun and bomb attack while campaigning in the city of Rawalpindi on 27 December.

The PPP won an election in February and forged a coalition with three other parties after defeating political allies of President Pervez Musharraf.

Mr Zardari, who took over leadership of the PPP, said Foreign Minister Shah Mehmood Qureshi will travel to New York to personally discuss the issue with the UN Secretary General Ban Ki-moon.

Mr Musharraf has opposed a UN investigation of Ms Bhutto's killing, and the previous government blamed Pakistani Taliban leader Baitullah Mehsud of being behind the conspiracy to kill Benazir Bhutto.

Baitullah Mehsud has issued a denial from his stronghold in the South Waziristan tribal lands close to the Afghan border.

The government earlier invited help from Britain's Scotland Yard to determine how Ms Bhutto was killed, though the British police were not asked to investigate who killed her.

Scotland Yard backed up the government's earlier conclusion that Ms Bhutto smashed her head against her vehicle during the attack.

The PPP harbours deep suspicions over the government's findings and doubts whether Baitullah Mehsud was the real culprit.

Benazir Bhutto had long feared members of the Pakistani establishment would plot to kill her after she returned from years of self-exile in October.

Police have arrested at least four Islamist militants suspected of involvement in her killing. 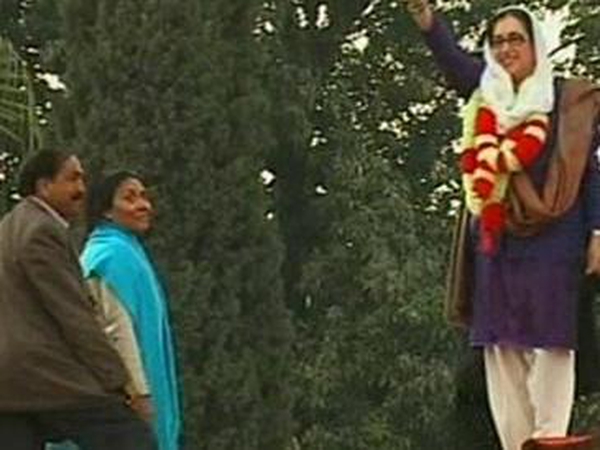