Asked at a news conference at Wales's Hay literary festival yesterday how a future US president should deal with the Iranian nuclear threat, Mr Carter put the risk in context by listing atomic weapons held globally.

'The US has more than 12,000 nuclear weapons, the Soviet Union (Russia) has about the same, Great Britain and France have several hundred, and Israel has 150 or more. We have a phalanx of enormous weaponry... not only of enormous weaponry but of rockets to deliver those missiles on a pinpoint accuracy target,' he said, according to a transcript of his remarks.

The Nobel Peace Prize winner said Washington should talk directly to Tehran to persuade it to drop its nuclear ambitions.

Years of US policy, including sanctions and a debate about the possibility of military strikes, have not persuaded Iran to abandon its ambitions to produce enriched uranium.

President George W Bush has branded calls for negotiations with Iran's president as comparable to the appeasement of Adolf Hitler before World War Two.

Mr Carter was president from 1977 to 1981. During that time, he helped negotiate a peace treaty between Israel and Egypt and concluded a strategic arms agreement with the Soviet Union.

In a report filed today at the behest of the UN Security Council, it  found Iran is operating 3,500 uranium enrichment centrifuges in an underground nuclear facility in Natanz.

The agency has not been granted access to Iranian nuclear-related sites since its request in April.

Iran announced last month it had begun installing 6,000 new centrifuges at Natanz, while the IAEA found a small number of 'new generation' centrifuges, supposedly able to enrich 2-3 times as fast, were being tested in the above-ground pilot wing there.

The IAEA Board of Governors will discuss this latest report when it next convenes in Vienna, Austria next Monday, 2 June. The report's circulation is restricted and cannot be released to the public unless the IAEA Board decides otherwise. 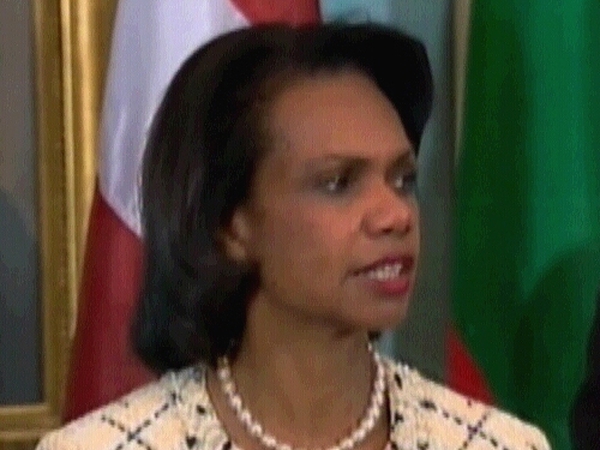 $30bn in US aid signed over to Israel