Germany has become the 14th EU state to approve the Lisbon Treaty.

The German President approved Germany's ratification of the treaty this morning, following votes in the two houses of parliament.

The ratification process is proceeding in the 13 other states. Ireland is the only state where a referendum is being held on ratification.

Meanwhile, the European Commission has said the treaty does allow states to veto complex trade agreements such as World Trade Organisation agreements.

The anti-Lisbon campaign group Libertas has said the treaty will abolish the Government's veto over international trade deals, and said the Government and the Commission have been misleading the people.

Sinn Féin has also claimed the Government will lose its veto over trade agreements under the Lisbon Treaty.

The Government has denied the claim, and insists it retains a veto right. Tonight the EC has published a detailed interpretation of the treaty provision on foreign trade which it says categorically proves that governments retain veto rights over trade deals.

Libertas chairman Declan Ganley says his organisation has received legal advice that the treaty does not allow governments to veto trade deals, but declined to show that legal advice to RTÉ News.

McCreevy has not read full treaty

European Commissioner Charlie McCreevy has admitted that he has not read the Lisbon Treaty from cover to cover, and said he would not expect any sane person to do so.

Speaking in Dublin, Mr McCreevy said the Treaty was a series of amendments to other amendments, and was unreadable to the ordinary person.

However, he said there was enough information and interpretation of it available to allow people to make up their minds.

The Commissioner said the defeated EU Constitution was Plan A, Lisbon was Plan B, and there was no Plan C.

He said the No side were getting their message across well, and it was up to the Yes side to do likewise. 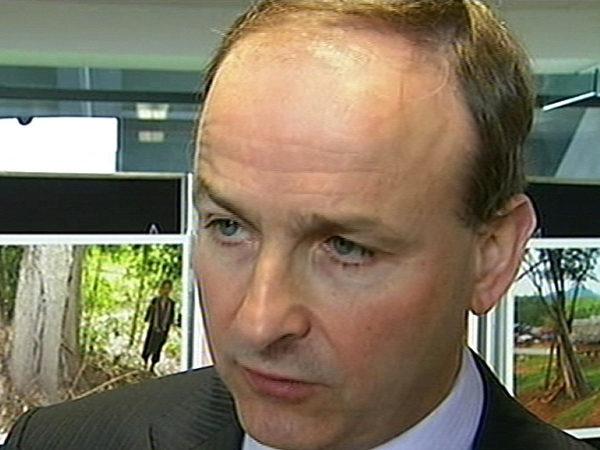