More than 160 members of the Defence Forces have left Ireland for eastern Chad, to join a UN-mandated peace enforcement mission.

The Minister for Defence, Willie O'Dea, has described the deployment along the Darfur border as one of the most challenging missions the troops will ever undertake.

161 members of the 97th Infantry Battalion left for Chad tonight, with a further contingent of 150 soldiers to follow within a fortnight.

They will be part of an EU force that has a specific UN mandate to protect refugees, aid workers and UN personnel.

Unlike previous UN peacekeeping missions in Bosnia, the troops on the ground will be able to use force if they deem it necessary.

Minister O'Dea said security needed to be offered to the almost 250,000 refugees fleeing Darfur, and 180,000 people from Chad who were forced from their homes.

He said the deployment had risks, and wished the troops a safe and successful mission. 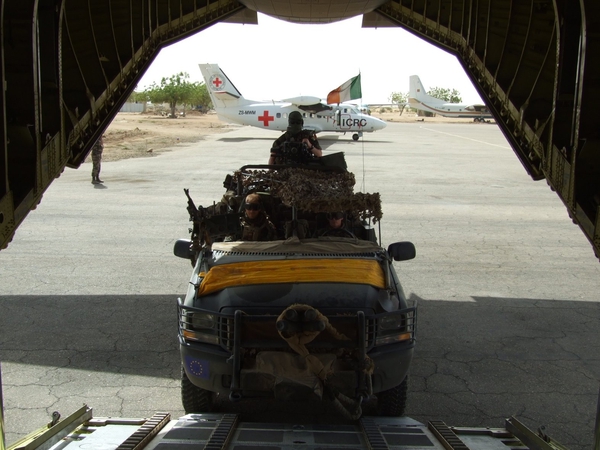