Dublin South TD Tom Kitt, who was sacked yesterday as Government Chief Whip, has said he will be stepping down at the next General Election.

Mr Kitt confirmed that he had declined a junior ministry from Brian Cowen yesterday when he was told he was losing his job as chief whip, which has Cabinet status.

He told RTÉ Radio's Today with Pat Kenny that the new Taoiseach had his full support but that after consideration he would not be contesting the next election, which is expected in four years' time.

Meanwhile, the new Tánaiste and Minister for Enterprise, Trade and Employment, Mary Coughlan, has fielded questions in the Dáil from the Opposition for the first time in her new role.

In the Dáil chamber Ms Coughlan took the Order of Business, fielding questions on the Morris report into garda misconduct in her native Co Donegal, and a range of legislative matters.

She was universally complimented on her appointment, which was likened by veteran Fine Gael TD Paddy Sheehan as 'swapping the Wellington boots of agriculture for her boardroom shoes'.

Ms Coughlan told Mr Sheehan she would be happy to oblige if the west Cork deputy was ever stuck for a pair of designer wellies.

In the Dáil debate on the new Cabinet appointments, Fine Gael leader Enda Kenny warned the new ministers not to hide behind the international slowdown in explaining Ireland's growing economic problem.

Labour said the country needed a change of Government not a changing of the guard.

Fianna Fáil argues that Mr Cowen has achieved substantial change while retaining the talent available to him. 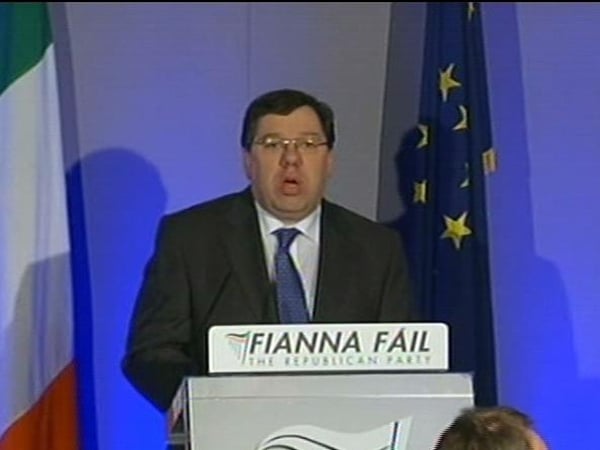