Partial results in the close-run contest indicated that Mr Johnson would win as counting continued past the initially predicted declaration time.

One betting agency said it was so confident Mr Johnson would win that it paid out early on his victory.

With four-fifths of the votes counted in the capital, maverick  Boris Johnson was ahead in eight of 14 constituencies with left-winger  Ken Livingstone ahead in the remainder.

Mr Livingstone's aides said he was optimistic despite the  governing Labour Party's drubbing in local polls elsewhere in  England and Wales.

It is the party's worst result in 40 years and in Gordon Brown's first electoral test as prime minister.

A defeat for Mr Livingstone would be a further huge blow to Mr Brown and be the icing on the cake for the Conservative Party, which made strong gains, including in traditional Labour  heartlands in Wales and northern England.

They also saw their predicted national share of the vote rise  towards 44%, enough for a parliamentary majority if the results were repeated at a general election.

The final result on the London contest is expected before  midnight tonight.

Earlier Gordon Brown admitted that Labour's local election results were bad and disappointing, but he insisted his party will learn lessons from it.

Labour Party chairperson Tony Lloyd insists there are no moves to oust Mr Brown, who has been in the job for less than a year after taking over from Tony Blair.

He is now expected to face pressure from Labour MPs for a change in direction.

Labour MPs pointed the finger of blame for the results at the state of the economy and Mr Brown's decision to scrap the 10p rate of income tax, which hit millions of workers' pay packets in the weeks before the elections. 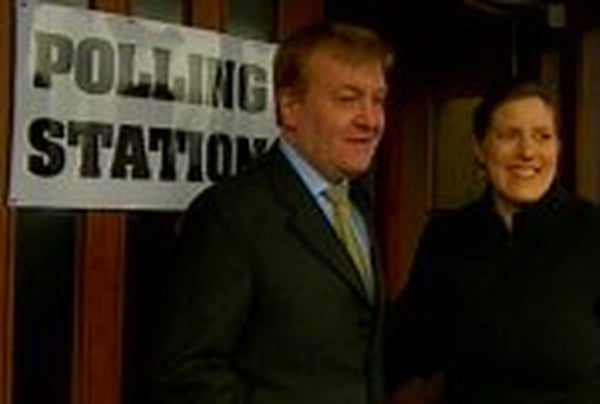