Sinn Féin President Gerry Adams has claimed the Lisbon Treaty is a 'bad deal for Ireland, for the EU and for the developing world'.

Mr Adams was addressing the National Forum on Europe in the Royal Hospital Kilmainham.

Mr Adams said he was 'baffled' as to how any party could campaign to remove the right to a veto on EU decisions.

He claimed that the Lisbon Treaty would remove the requirement for a referendum before the Government drops its veto.

Mr Adams also claimed that Lisbon would make it easier to bring in tax harmonisation.

He said the treaty would deepen the existing democratic defect, through increased centralisation of powers, loss of influence of smaller member states, and weak measures offered to member state parliaments and citizens.

The Sinn Féin leader claimed the treaty further undermines neutrality by making clear that the EU will have common foreign and defence policies that must be compatible with NATO, and would lead to further privatisation and greater levels of inequality.

Ireland is due to vote on the Lisbon Treaty in a referendum on 12 June.

For more on the Lisbon Treaty, see www.rte.ie/lisbon. 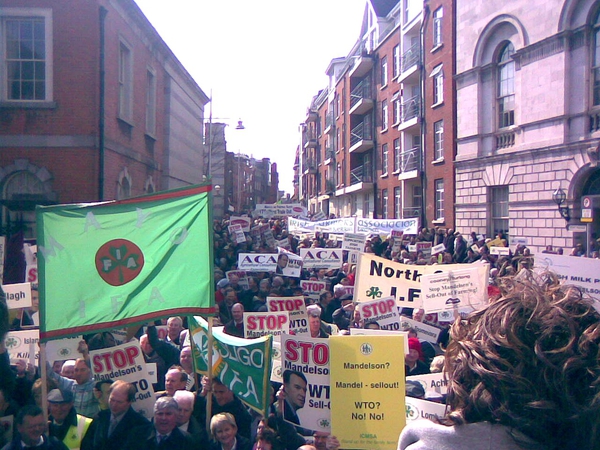