Mobile company O2 says it has no plans to reduce the price consumers pay to buy an Apple iPhone here.

The UK arm of the company has announced that it is reducing the price of the 8gb model of the phone by £100 until 1 June.

The reduction means that, with current exchange rates, the phone now costs €209 in Northern Ireland and €399 in the Republic.

O2 Ireland says that while there are no plans to offer similar incentives to people here, the price of the devices is under constant review.

A spokesman for the company would not disclose how many people had signed up to use iPhones since they were launched here in March.

However, he said sales had been excellent and there had been a good customer reaction to the product.

O2 says 'footfall' in its Irish stores doubled on the weekend the devices were launched.

The decision to maintain the existing prices has been criticised by Pat Phelan of Cork-based Cubic Telecom.

He says it is a further example of a two-tiered pricing structure between Ireland and the UK.

Mr Phelan has previously been critical of monthly subscription fees levied on Irish users of the iPhone, claiming they represent poor value for money when compared with the services available to customers paying similar amounts in the UK.

He is calling on Irish mobile phone users to boycott the iPhone until the tariff structure and product price are reviewed by O2. 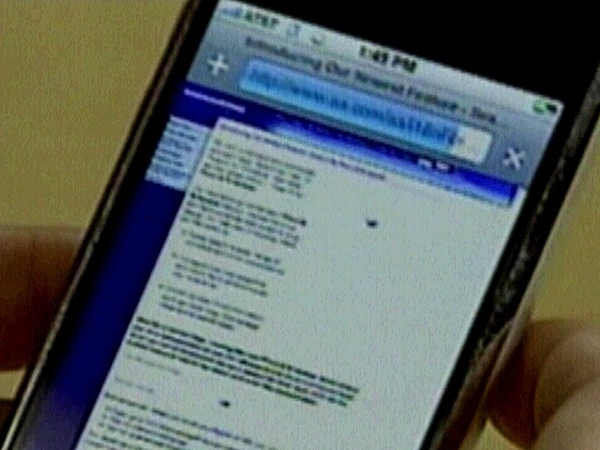 Apple's iPhone to go on sale in the US