General David Petraeus has called for the suspension of troop withdrawals from Iraq so commanders can evaluate the security situation.

The top US commander in Iraq said he recommended to his chain of command that they continue the withdrawal of surge combat forces but they should undertake a 45-day period of 'consolidation and evaluation' from July.

The US is withdrawing about 20,000 troops after a US 'surge' last year.

US ambassador to Baghdad Ryan Crocker warned that the US commitment to Iraq should not be open-ended, despite saying the US troop surge in the country was working.

General Petraeus and Ambassador Crocker are in Washington to deliver the latest progress report on the situation in Iraq.

General Petraeus also told lawmakers that Iran plays a destructive role in Iraq by supporting Shia militias in the country.

He claimed that recent clashes between the Baghdad government and Shia militia loyal to militant cleric Moqtada al-Sadr highlighted the destructive role Iran has played in funding, training, arming and directing the so-called special groups.

General Petraeus said an Iraqi operation to tackle Shia militia in the southern city of Basra was a disappointment and not adequately planned or prepared.

When asked whether the operation had been a disappointment, General Petraeus agreed that it had been.

The operation launched two weeks ago by Prime Minister Nuri al-Maliki to tackle Shia cleric Moqtada al-Sadr's Mehdi Army militia sparked intense fighting in both Basra and Baghdad and has yet to produce a conclusive outcome.

Earlier, US military reported that attacks on US and Iraqi forces in Baghdad increased sharply in March.

The figures, which reflect a sharp increase in fighting at the end of March between security forces and Moqtada al-Sadr's Mehdi Army militia, emerged hours before top US officials in Iraq are due to give a progress report to Congress.

The renewed violence could embolden Democrats, who argue that the year-long surge, which boosted US troop numbers in Iraq by about 30,000, has been a failure and call for troop withdrawals soon.

The Republican administration says overall violence levels in Iraq are still down dramatically from a year ago and sectarian attacks on civilians remain sharply lower.

A US military spokesman said today that overall attacks in the Iraqi capital had averaged 23 per day last month, up sharply from an average of nine a day over the November-February period.

Attacks on civilians declined steadily through March, meaning virtually the entire increase was attributable to attacks on US and Iraqi troops. 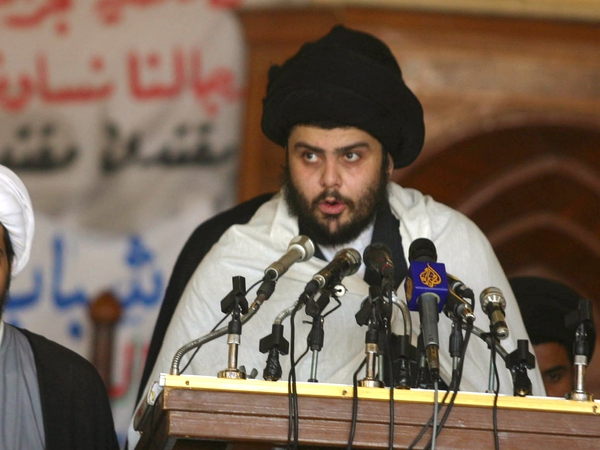