Brian Cowen seems certain to be the only candidate for the leadership of Fianna Fáil when nominations close on Saturday afternoon.

Nominations close at 2pm on Saturday and a special meeting of the Parliamentary party will be held next Wednesday morning to formally elect the new leader, now certain to be Mr Cowen.

He said this was in recognition of the Mr Cowen's work for the Government and the party and in particular on the most recent programme for government which he and Mr Brennan helped negotiate.

Minister for Foreign Affairs Dermot Ahern also said he will not be contesting the leadership and gave his support to Brian Cowen.

The minister said that he had made up his mind quite some time ago not to go for the position of party leader in the near future.

Ms Hanafin told RTÉ Radio's News at One  that she would be very surprised if there was a contest to elect the next Fianna Fáil leader.

As Micheál Martin ruled himself out of the race this morning, he said Brian Cowen would be a great party leader, and said he would be giving his 100% support to him.

However Minister for Transport Noel Dempsey has said he will not be making any declarations or announcements until procedures are put in place to elect the next leader of Fianna Fáil.

Mr Dempsey said anyone at his level in Government who says they would not like a shot at party leader and Taoiseach would be telling lies.

He said everybody would have that ambition, but doing anything about it, or advancing that, is another matter entirely.

Bertie Ahern announced yesterday that he will step down as Taoiseach and Fianna Fáil leader next month. It is thought a successor to Mr Ahern could emerge as early as the end of next week.

The party's 78 TDs, excluding Ceann Comhairle John O'Donoghue, will be allowed vote for the new leader. Beverly Flynn was  readmitted to the party by its National Executive this evening.

Senators and MEPs will not have a vote.

Meanwhile, US Presidential candidate Hillary Clinton is the latest figure to pay tribute to the Taoiseach.

In a statement, Mrs Clinton said she was 'deeply saddened' to learn that Mr Ahern was stepping down and that his political career had been one of great accomplishment. 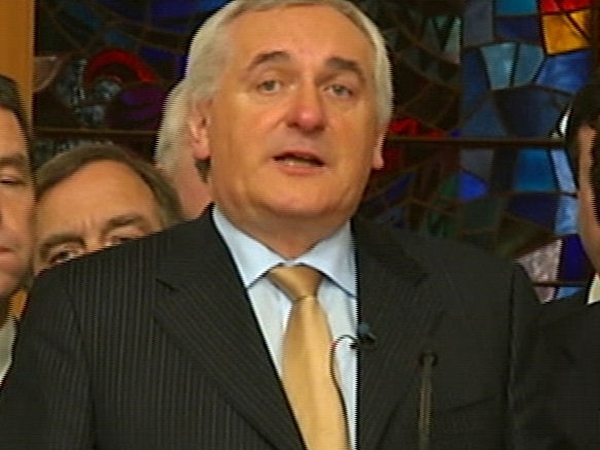 Bertie Ahern to leave office on 6 May