The High Court has refused to grant an injunction stopping works near the Rath Lugh national monument on the new M3 motorway.

Peadar Ó Ceallaigh, a member of the Rath Lugh Direct Action Camp, had sought the injunction on the basis that there were breaches of the preservation order on the monument.

However, Ms Justice Mary Lafoy ruled that there was no evidence before her that there had been any breach of the National Monuments Act.

She also ruled that he had no legal standing to take action on behalf of anyone who may or may not be in a tunnel.

During the course of the day, three arrests were made at a protest at the M3 in Co Meath.

Two of the three are in custody, the third was released earlier.

There was also an incident in which a woman demonstrating at Rath Lugh was chained in a tunnel dug by protestors.

Supporters claimed the woman was chained by the neck to a jack and any attempts to try and remove her would cause the tunnel to collapse.

A number of other protestors also chained themselves to overground obstacles at the scene. 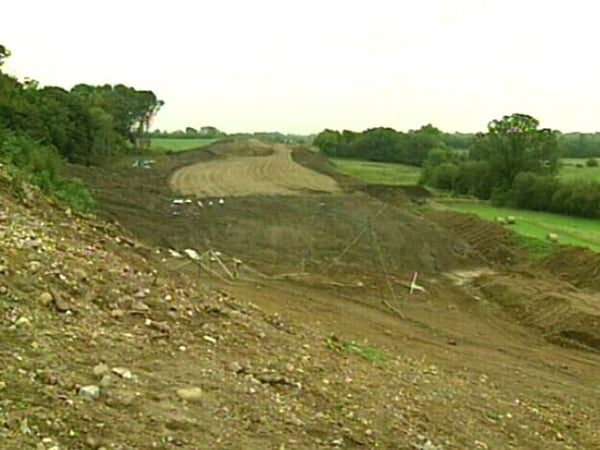