The Taoiseach has defended the amount of money spent sending ministers and government officials abroad for St Patrick's Day.

Bertie Ahern told the Dáil a lot of thought is put into deciding where Ministers go, and Ireland is benefiting.

The matter was raised during Leaders' Questions by Fine Gael leader Enda Kenny, who asked if any analysis had been done on the value for money Irish people were getting from the trips.

RTÉ News has revealed that the trips abroad cost the taxpayer more than €560,000 last year.

The figures, which were obtained under the Freedom of Information Act, also show that more than €90,000 was spent on limousine, taxi and car hire for the delegations.

The biggest cost for a single delegation was Noel Dempsey's trip to the US when he was Minister for Communications, Marine and Natural Resources.

It cost nearly €75,000 for the Minister, his wife and three officials for their trip to California and Texas. Mr Dempsey's flight cost more than €8,100, while chauffeur and car hire cost €19,500.

More than €100,000 was spent on accommodation. Documents show the most expensive was an apartment for Minister Séamus Brennan when he visited Italy. That cost €1,650 per night and was used for two nights.

Note: Ministers and goverment officials are listed with the positions they held at the time the trips were taken in March 2007 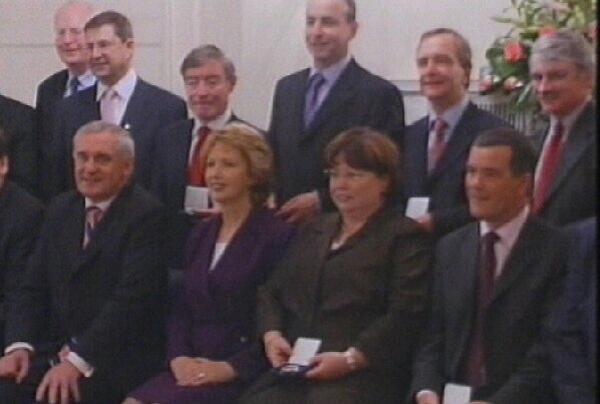