A foreign policy advisor to Democratic presidential candidate Barack Obama has resigned from his campaign and apologised, after calling rival Hillary Clinton a 'monster'.

Samantha Power, a Harvard professor and journalist, was born in Ireland and is currently touring this country. She said she regretted making the remark.

Ms Power said it was an off-the-record comment to the Scotsman newspaper, but the paper's editor said it had clearly been done on the record.

During a visit to Belfast, where she gave a lecture this evening at Queen's University, Professor Power told RTÉ News she regretted her comment, which she described as 'very stupid'. She said it was 100% thoroughly her fault. (Watch that interview here)

She had talked to Senator Obama and it was very clear for both of them that you could not have these kind of comments.

Professor Power said the heat of the current campaign had got to her and she had over-reacted to something she had heard. She agreed she was now making the right move and it was better for the Obama campaign to maintain the high ground.

She still hoped he would get the Democratic nomination but if not, then she would be backing Mrs Clinton, who she had praised as a leader on previous occasions and who she said was also incredibly warm and funny.

Professor Power said she was talking to herself, not believing she was going to be on the record during the newspaper interview in London.

She was now truly sorry for the harm that it must have caused Mrs Clinton and for any harm caused to Senator Obama who she said had run such a clean campaign.

Scotsman editor Mike Gilson said: 'I do not know of a case when anyone has been able to withdraw on the record quotes after they have been made.

'The interview our political correspondent Gerri Peev conducted with Ms Power was clearly on an on the record basis. She was clearly passionate and angry with the tactics of the Clinton camp over the Ohio primary and that spilled over in the interview.

'Our job was to put that interview before the public as a matter of public interest.'

Professor Power had been an aide to Mr Obama in his Senate office before signing on to advise his presidential campaign.

'We f****d up in Ohio,' Ms Power told the Scottish daily, referring to the Illinois senator's loss to the former first lady in the midwestern state in Tuesday's primary.

'In Ohio, they are obsessed and Hillary is going to town on it, because she knows Ohio's the only place they can win,' Ms Power was quoted as saying.

'She is a monster, too - that is off the record - she is stooping to anything,' Ms Power said.

'You just look at her and think 'Ergh'.'

Earlier, the Obama campaign attempted to tame down the controversy, putting out a statement by Ms Power, and disavowing her remarks.

'These comments do not reflect my feelings about Senator Clinton, whose leadership and public service I have long admired,' Ms Power said in a statement

'I should not have made these comments and I deeply regret them. It is wrong for anyone to pursue this campaign in such negative and personal terms.

'I apologise to Senator Clinton and to Senator Obama, who has made very clear that these kinds of expressions should have no place in American politics.'

Ms Power's comments came as she was interviewed in London promoting her book on UN High Commissioner for Human Rights Sergio Vieira de Mello, who was killed in a suicide bomb attack in Baghdad in 2003.

Ms Power is a professor of Global Leadership and Public Policy at Harvard University's Kennedy School of Government. Her previous book 'A Problem from Hell: America and the Age of Genocide' won a Pulitzer Prize. 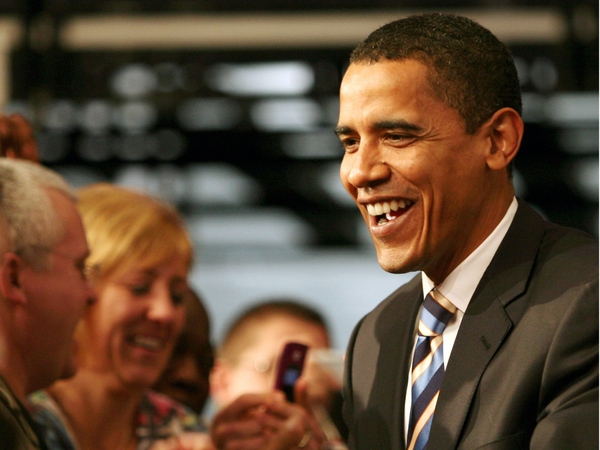