Northern Ireland Deputy First Minister Martin McGuinness has said something should be done about the 'irresponsible broadcasting' of scenes of drunkenness on television soap operas.

Mr McGuinness was speaking after a meeting of the British-Irish Council at the Royal Hospital Kilmainham, Dublin.

It is the tenth meeting since the British-Irish Council was set up under the Good Friday Agreement.

With Northern Ireland's devolved institutions up and running, the meeting is discussing how the council can become more effective in the future now that it can operate as first envisaged.

Governments from Dublin, London, Belfast, Edinburgh, Cardiff, the Channel Islands and the Isle of Man are on the council and the summit brings them together to discuss matters of common concern.

Today's council had an in-depth discussion of drugs, and the related issue of alcohol abuse.

No solution emerged, but one member of the council was critical of the emphasis on drink in Coronation Street and Eastenders.

Mr Martin McGuinness said he was appalled by the amount of concentration on the pub and drunkenness, before the 9pm watershed.

Today's council also agreed to set up a permanent secretariat to carry on its work between meetings.

The British-Irish Council was included in the Good Friday Agreement to appeal to Unionists, by stressing links between this island and its neighbour.

The creation of a permanent secretariat for the Council will please Ian Paisley, and perhaps lead to the organisation becoming more than a talking shop, in the future.

The summit was also the first official visit to Dublin by new Scottish First Minister Alex Salmond of the Scottish National Party. 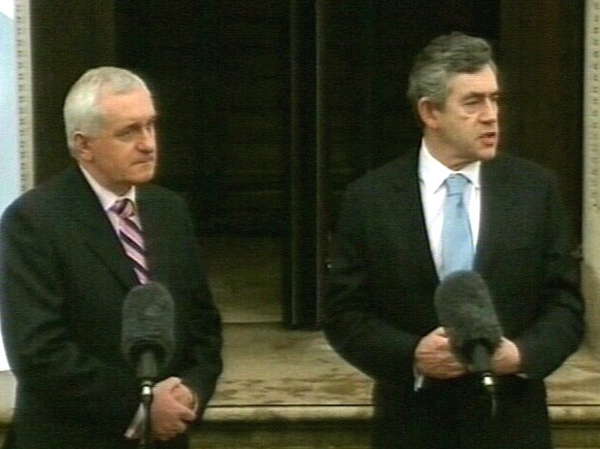