It has been confirmed tonight that Bertie Ahern assisted Manchester businessman Norman Turner in receiving a passport in 1994.

Mr Turner - who donated money to Fianna Fáil - was at the centre of a proposal to build a controversial casino in the Phoenix Park in the same year.

The information has come to light following a series of parliamentary questions by Fine Gael deputy Phil Hogan.

He said this was serious and significant new information that indicates that Mr Turner had a closer relationship with the Taoiseach than previously admitted.

And he said he would be submitting the information to the Mahon Tribunal.

He pointed out that Norman Turner's mother was born in Cork and as such Mr Turner was entitled to a passport.

And he said in 2007, 6,000 passport applications were processed in this way - through the intervention of Oireachtas members.

Late last year the Fianna Fáil fundraiser and close colleague of Bertie Ahern, Des Richardson, told the Mahon Tribunal that Mr Turner had given $10,000 in cash around April or May 1994 for Fianna Fáil.

The businessman has refused to co-operate with the tribunal.

Earlier, the Taoiseach told the Dáil that Revenue could make a decision on his tax status 'at any time'.

Mr Ahern said he 'didn't mean' to say last week that Revenue would not finalise the issue until the Mahon Tribunal reported.

Mr Ahern has said he will not be able to produce a tax clearance certificate from the Revenue Commissioners, as it is looking into whether he had a tax liability as a result of payments to him in the mid-1990s.

He said he had made a voluntary disclosure to Revenue, and that his advisers believed he was fully tax compliant.

Last week, he told journalists that the position taken by the commissioners was that they cannot finalise the matter until the Mahon Tribunal finishes its work.

But this afternoon, he told Labour leader Eamon Gilmore that if he had said that, he had not meant it, and that his tax affairs were being dealt with in the normal way.

In fact, he said, the Revenue could finalise their work 'at any time'.

In another development, Mr Ahern will appear again before the Mahon Tribunal next month to face questions about her personal finances.

The inquiry has fixed two full days - 21 and 22 February - for Mr Ahern to be further questioned about the source of lodgements in the mid 1990s. 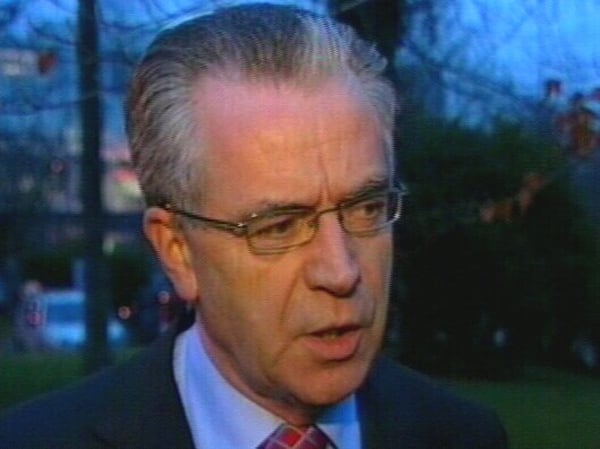