Pension funds are set to be worst hit by today's tumble on the European markets, while consumers could also see some relief at the petrol pump in the coming weeks.

European stock markets suffered a massive sell-off today, with losses of up to 7% in some markets, as investors sold shares because of concerns that the US economy will fall into recession.

One of the main victims of falling stock markets are pension funds. Irish pension funds lost about 3.5% of their value last year and the first few weeks of January 2008 have brought more bad news.

Last week, Noel Collins, analyst with investment consultants Mercer, told RTÉ that many pension funds with sizeable equity investments had fallen about 4% in the first two weeks of the year.

Most European stock markets are down around 15% so far this year, so this will further hit many pension funds which have a lot of money invested in shares.

One of the few bright spots for consumers is the price of oil, which has fallen by $2 a barrel today and is now well off its $100 high reached earlier this month.

The US is the world's largest energy consumer, and the prospect of a slowdown in the economy means a fall in demand for oil. This is why the price of crude has been falling, and this could bring some relief at the petrol pumps in the coming weeks.

US already in recession - consultant

Speaking on RTÉ Radio's News At One, Charlie Fell of Sequoia agreed that he saw the US economy as being in recession already.

'It slipped into recession in December and I think that that is corroborated by the recent unemployment numbers, which have jumped by 0.6 points up to 5% and retail sales for December were also decidedly weak.'

Mr Fell, who also lecutures in finance at UCD and the Institute of Bankers in Ireland, said that the crisis over subprime loans had spread to other areas of the US economy.

'Investors are receiving blow after blow. Yes, we have the subprime crisis, but that's actually yesterday's news…We are seeing it spread to credit cards, to autos, and so household spending is decidedly weak.'

He said there were now concerns that the subprime crisis could also spread to the credit insurance market, which is worth $45 trillion.

He added that there was 'still another couple of months left' in the financial crisis, but that 'the fact that Bush is out announcing a fiscal package and it is being supported by Bernanke at the Federal Reserve tells you that the authorities are taking this very very seriously indeed'.

Traders said that after high hopes that US President George W Bush would announce strong measures to prevent the US economy going into recession on Friday, the markets did not find enough to offset all the bad news coming through on the banks and the collapse of the US housing market.

Paris and Frankfurt both recorded their biggest single-day losses since the 11 September attacks in 2001.

Earlier, Tokyo's Nikkei index closed down almost 4% at 13,326, hitting the lowest point for more than two years. US markets are closed today for the Martin Luther King holiday. 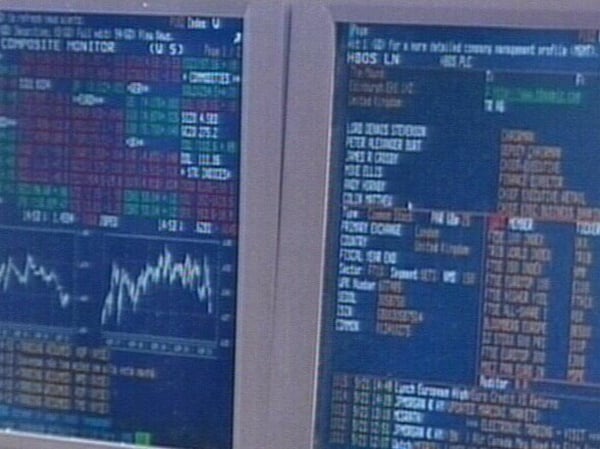 Markets up some 1% in new recovery