Ms Bhutto, who was killed on 27 December after addressing a rally in Rawalpindi, is being honoured for her courageous work on democracy and reconciliation in her country.

Speaking on World Day of Peace, the Tipperary Peace Convention said the accolade will be presented to a member of the politician's family in Co Tipperary in April.

Spokesman Martin Quinn said: 'Ms Bhutto was an incredibly brave and courageous woman who had returned from exile to her homeland to lead her party in the forthcoming elections.

'She knew the risks involved in her return but she did so because she felt that her country and the Pakistani people needed her.

'Ms Bhutto fought all her battles through dialogue and political debate and was an example to all those who do not use or surrender to terrorism.

'Her selection as Peace Prize recipient should act as an inspiration to those in Pakistan who seek to secure democracy and reconciliation for their country.'

The award will be presented during the International Festival of Peace in Tipperary Town in April.

The Convention committee chose Ms Bhutto after considering nominations received from members of the public.

The Tipperary Peace Award was founded in 1984 to recognise people who promote peace in Ireland and abroad. 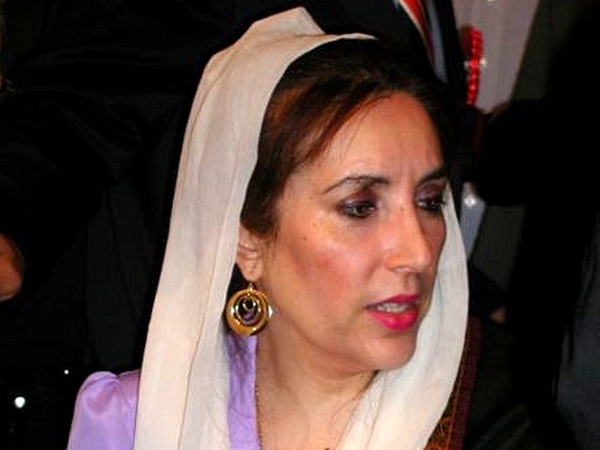 Bhutto to return to Pakistan