An air force plane with the body of Pakistan opposition leader Benazir Bhutto has arrived in the southern city of Sukkur ahead of her funeral in her hometown.

Ms Bhutto is to be buried in the family's ancestral graveyard in Garhi Khuda Bakhsh near the town of Larkana at around noon tomorrow.

Ms Bhutto was killed in a gun and bomb attack at an election rally this afternoon.

Police said a suicide bomber fired shots at 54-year-old Ms Bhutto as she was leaving the rally in a park before he blew himself up.

At least 20 other people were killed and 56 wounded in the explosion at the campaign rally.

Following Ms Bhutto's death up to ten people died as rioting broke out in cities across Pakistan.

Two people were killed in the eastern city of Lahore where shops, buses and cars were set on fire. Sporadic gunfire could also be heard echoing around the city.

Two other people were shot dead in the southern province of Sindh.

All schools, businesses and banks have been ordered to close down for three days beginning tomorrow.

Earlier, President Pervez Musharraf held an emergency meeting with top officials at the presidency and publicly appealed for calm.

The assassination comes less than two weeks before what has been a bitterly contested parliamentary election.

The attacks threaten to worsen the political turmoil in Pakistan, where Islamic militants have vowed to disrupt the 8 January vote and Mr Musharraf's opponents have accused him of planning to rig the election.

Former Pakistan premier Nawaz Sharif said he would boycott elections and called on Mr Musharraf to resign to 'save' the country after Ms Bhutto's assassination.

Ms Bhutto's father, Zulfikar Ali Bhutto, was Pakistan's first popularly elected prime minister. He was executed in 1979 after being deposed in a military coup.

Reactions to the opposition leader's assassination

There has been reaction from governments around the world to Ms Bhutto's assassination.

The Irish Government described the killing as an appalling terrorist act.

Minister for Foreign Affairs, Dermot Ahern, said he was deeply shocked by the assassination.

He called upon the Pakistani authorities to do their utmost to ensure that Pakistan continues on its path back to democracy.

US President George W Bush strongly condemned the assassination of Ms Bhutto and urged the US ally to stay on the democratic path.

Mr Bush has asked the Pakistani people to honour Ms Bhutto's memory by continuing with a democratic process.

To view a timeline of the recent events in Pakistan over the past few months click here. 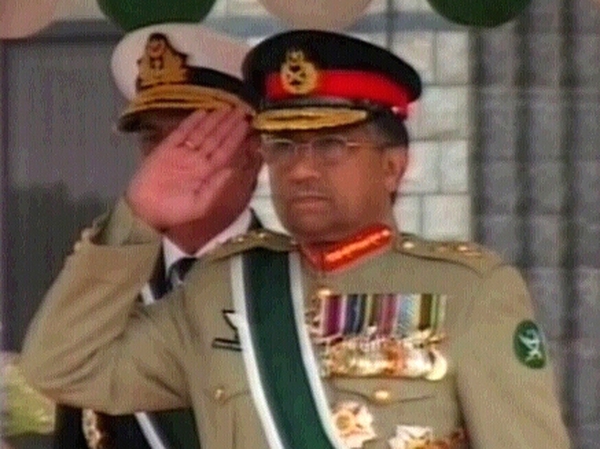 Musharraf steps down as army chief