The Taoiseach has told the Dáil that the Government is considering the implementation of a transition period governing the payment of water charges by schools.

Bertie Ahern said that this period might extend to 2009 and would involve flat rate payments by schools.

When pushed by Fine Gael leader Enda Kenny as to what schools should do with the bills they have at the moment, Mr Ahern said they should just hold them for the moment and wait.

Earlier, the Dáil's Education Committee was told that there is no uniformity in billing primary schools for water services and charges.

Monsignor Dan O'Connell of the Catholic Primary School Managers Association said some councils had charged water rates at a reasonable fixed level since the 1960s while other authorities charged a very high rate.

He said primary schools were making serious efforts in relation to water conservation efforts yet some local authorities gave no assistance to the schools for these efforts.

Monsignor O'Connell asked the committee to seek clarification in relation to when the EU directive comes into effect and if other member states granted waivers to schools.

Sean Cotrell of the Irish Primary Principal's Network told the committee they could not pay bills out of money they did not have.

He described water charges as the straw that is breaking the camel's back and urged the government to come to some arrangement on the issue.

The Cabinet was to discuss the imposition of water charges on schools at its weekly meeting today.

Fine Gael and the Labour Party are tabling a joint motion at a special meeting of the Oireachtas Joint Committee on Education & Science, calling on Minister for the Environment John Gormley to immediately instruct local authorities not to impose water charges on schools.

The motion calls for a deferment of the charges until the end of 2009.

Speaking on RTÉ Radio's Morning Ireland, the chief executive of the Irish Nursing Homes Organisation, Tadhg Daly, said exemption should also be given to water charges for nursing homes.

'At the very least, we're saying there should be a derogation, absolutely, for nursing homes,' Mr Daly said.

'This is a cost to operators and the operators have no other choice but to pass this cost on to residents. So it's adding to the cost of care,' he said.

Speaking on RTÉ's Questions and Answers last night, Minister for Defence Willie O'Dea said the Government was not confused on what to do about water charges, but said he would be sympathetically disposed to those people who had a genuine complaint about them.

The Irish National Teachers' Organisation has also called for a two-year moratorium on the charges.

The union says the EU directive is not enforceable until 2010 and charging schools in advance of that date is totally unacceptable and nothing more than a revenue gathering exercise. 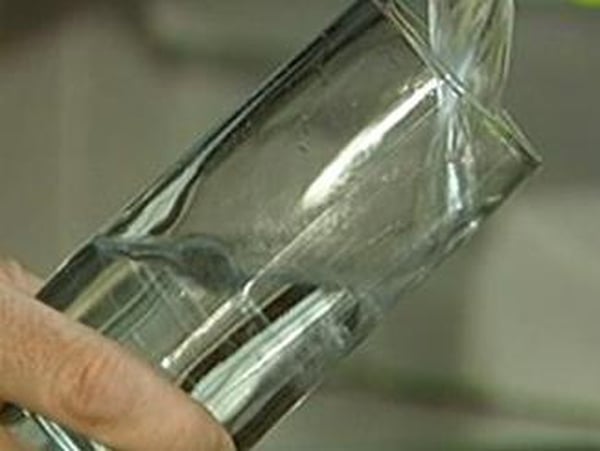