The Irish Bishops' Conference has welcomed the announcement by the Minister for Education that a new state model of primary school is to be piloted.

In a statement the bishops say the schools are being provided at a critical time and will assure a wide variety of access to primary education in accordance with the wishes of parents.

It goes on to say that the Catholic Church welcomes choice and diversity within the national education system.

It says the Catholic Church has a firm intention to continue to provide Catholic schools to meet the needs of parents who wish their children to have a Catholic education.

It has described it as an historic and significant event.

The Department of Education announced this morning that it will be pressing ahead with the new inter-denominational model in an attempt to respond to what it has called the diverse needs of a changing society.

The announcement marks a highly significant break with education tradition in Ireland.

It is the first time since prior to independence that the State, in the form of the VECs, is to take on the running of primary schools.

The current primary school system, though paid for by the State, is private and overwhelmingly controlled by the churches.

From September two new inter-denominational VEC schools will open on a pilot basis at the Phoenix Park and at Phibblestown in Co Dublin.

A third school, Scoil Choilm, currently run by the Catholic church, will transfer to VEC patronage over the next two years.

Ms Hanafin says she will now be proposing an amendment to legislation to enable the VECs to take on this new role.

She said the diverse preferences of parents in a changing society made the new model necessary. 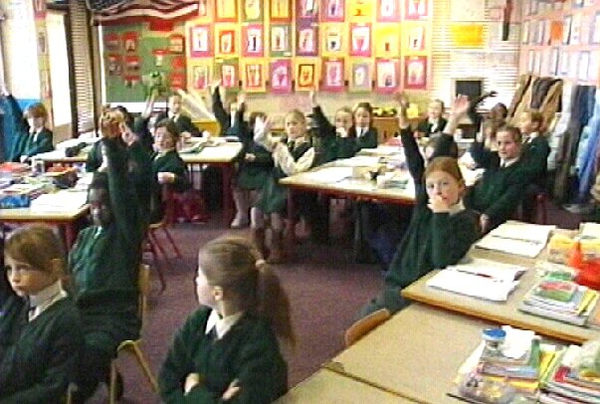