Eighty-two women have attended the surgical clinic in Portlaoise after a review of ultrasounds at the Midland Regional Hospital in Portlaoise.

Most of the women are under 50 and many of them come from parts of Tipperary, Kildare South and Galway as well as Laois and Offaly.

Professor Arnie Hill from Beaumont Hospital in Dublin, who carried out the surgical check-ups alongside two colleagues has said that a small number of the women have now been referred for mammograms and ultrasound checks and for further investigation.

Professor Hill said he did not feel that an external review of the women’s treatment was necessary because of the manner in which today’s check-ups have been organised.

The clinic took place at the Cuisle Cancer Therapy and Healing Centre, which is located on the Stradbally Road in Portlaoise.

Women who have not yet been contacted by the HSE will be able to avail of a further service on Monday.

The Minister for Social and Family Affairs, Martin Cullen, has said the structure of the HSE needs to be re-examined.

Mr Cullen said the move from a regionalised health delivery system to a centralised system is proving to be a difficult transition.

He added that issues relating to reporting, communicating and the role of the Department of Health within the HSE need to be looked at.

Mr Cullen also said that removing Mary Harney as Minister for Health would be a wrong and catastrophic decision.

Labour's Spokesperson on Health, Jan O'Sullivan has said that the service should listen to patients and their concerns rather than adopting a systems approach.

It emerged last Thursday, at an Oireachtas committee hearing, that a review of breast ultrasounds carried out on 568 women at Portlaoise was being conducted.

In 97 of those cases the women involved were to be re-assessed.

The womens' clinical notes were re-examined as part of an inquiry into the earlier misdiagnoses of nine patients.

364 women have been given the all clear following a review of their ultrasounds.

But a review of a further 177 other tests is continuing.

Opposition parties have called on Ms Harney to resign over the controversy and are to table a motion of no confidence in the minister in the Dáil next week. 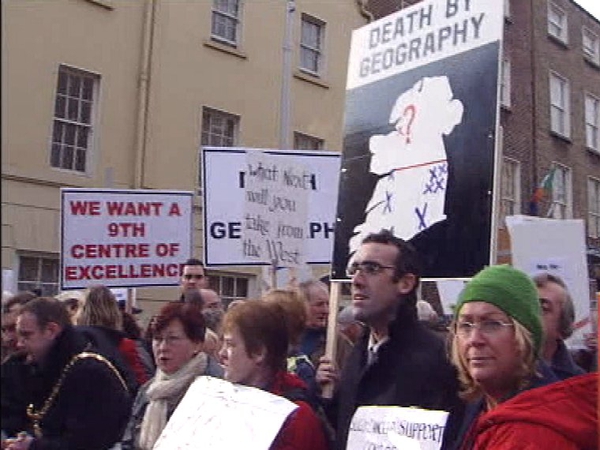