Members of SIPTU and the National and Bus Rail Workers' Union agreed to accept the proposals today.

Both unions say their members will be turning up for work and normal service will resume tomorrow.

Representatives of the National Bus and Rail Workers' Union are meeting management at Dublin Bus to try to resolve outstanding issues relating to the introduction of two new bus routes.

The company declined a request by the union to defer commencement of the routes for 48 hours but it said it was available for meetings to clarify issues.

Around 90 bus drivers from the Harristown depot in north Dublin attended a 'positive' NBRU meetings in Parnell Square.

A SIPTU meeting of up to 200 bus drivers at Liberty Hall also took place today.

Both unions met management yesterday at a special sitting of the court to try to resolve the dispute over rosters and two new routes.

Around 500 drivers based at the Harristown depot were on strike since Monday, in a row over new routes and rosters.

The dispute grounded dozens of buses at the Harristown Depot and affected some 60,000 commuters. 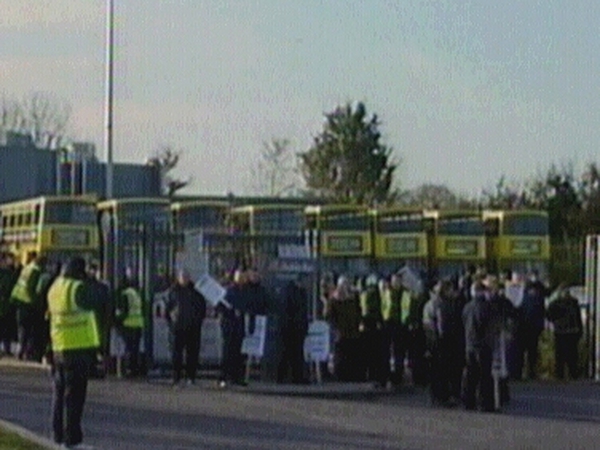