Donald Tusk, the leader of Poland's election-winning Civic Platform, has been formally sworn in as prime minister by President Lech Kaczynski.

Mr Tusk and his coalition government's ministers took office in a televised ceremony held at the presidential palace in Warsaw.

His 18 ministers were also sworn in one by one.

The 50-year-old won power after his Civic Platform beat the conservative Law and Justice Party in a snap election on 21 October.

The conservatives had been in power for two years, but Jaroslaw Kaczynski, who became premier in July 2006, had struggled to hold together his fractious three-party coalition.

Mr Tusk has also been forced to form a coalition because Civic Platform missed its goal of obtaining a parliamentary majority, winning 209 of the total 460 seats.

Mr Tusk chose to bring the moderate Polish Peasants' Party, which has 31 MPs, into government, and has made its leader, Waldemar Pawlak, his deputy prime minister.

Law and Justice won 166 seats, and Jaroslaw Kaczynski, who formally stepped down as prime minister on 5 November, has become the leader of the opposition.

Mr Tusk has pledged to end the regular tussles with the rest of the EU, and with neighbouring Germany in particular, which marked Law and Justice's rule.

He also promised to ease tensions with Russia.

He has said he will withdraw Polish troops from Iraq, where 900 soldiers are serving in the US-led coalition; and has warned he will drive a harder bargain in talks with Washington on the US anti-missile system in Poland. 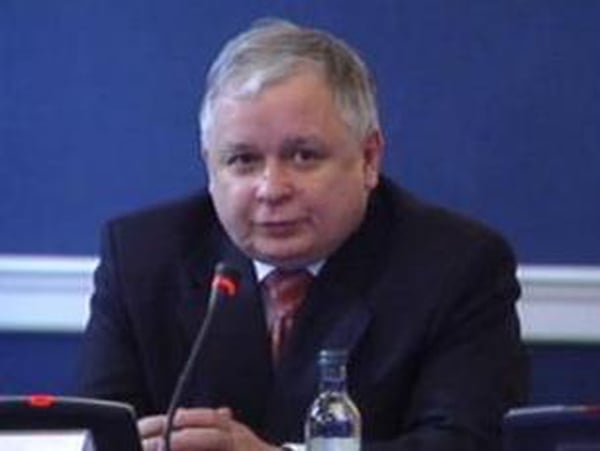