Drivers based at the Harristown bus depot near Dublin Airport voted to take industrial action over new rosters which the company intends to implement from Monday.

Both members of SIPTU and the National Bus and Railworkers' Union voted on the issue.

The union must give seven days notice of industrial action, but branch organiser Willie Noone said that drivers will refuse to operate the new rosters on Monday.

Mr Noone appealed to the company not to go ahead with the new rosters to allow further discussions to take place.

Dublin Bus wants drivers from the Harristown depot to start, break and finish in the city centre rather than at the depot.

The company says this will allow it to schedule frequent services on two new routes, however drivers want to return to the depot for all starts, breaks and finishes.

The Labour Court has backed the new rosters proposed by Dublin Bus, which would be operated by junior drivers. 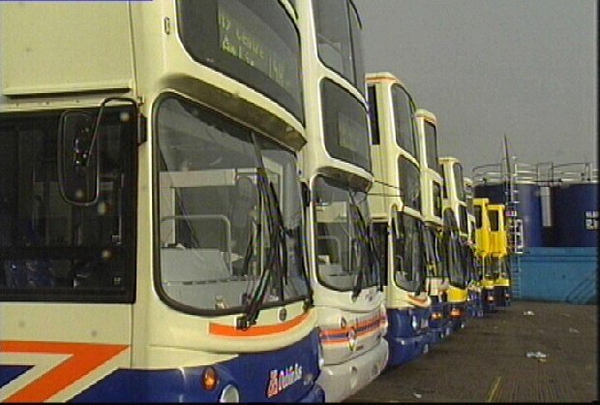